What a great day for European rugby: Arklow, Leinster, Connacht, Ulster, plus Munster all won their respective matches this weekend. The equilibrium of European rugby has been restored.

Arklow return to winning with this good all round display of tough aggressive football. The game plan was simplified from previous outings.

Simple but effective football was called for and delivered by the whole Arklow squad. Some of the kicking by Arklow was from the top drawer and the accompanying follow up by both forward and backs was the way the game plan called for.

Sniper accuracy was how out half Mark Van Eesbeck dispatched all three to give the home side a nine points to nil after fifteen minutes. Arklow were winning ball all, over the field but dogged defense by Warriors and some sloppy final passing by the home side prevented Arklow from running up a major score before the half time whistle.

Arklow were doing most things correctly but the reward was not forthcoming for all the pressure. Just before halftime Arklow ran a series of attacks ending a well taken try close to the posts the conversion was straight forward. At the whistle Arklow lead was 16 point to nil and Arklow deserved this for all their efforts.

The second half again started with Arklow being denied scoring opportunities by the stoic defense of their opponents. If the pressure Arklow applied were converted into points the score line would have read like a cricket score.

Arklow prodded and probed all over their opposition red zone but were a bit too anxious at times. This is not to complain but to advise the shortest way to the try line is a straight line. Arklow scored a further try and never looked like conceding any points as their tackling and passing and place kicking we’re top class.

Arklow created a fine final try from a well worked line out the ball was transferred out to their backs. After some good straight running Arklow crossed the try line after a final burst of running by Kieran McCarthy the conversion was again well taken by the Arklow out half. The final score was Arklow 23 points to Midland Warriors nil points.

Well done to the coach and his staff and all the players who togged out and gave a great display on this warm Saturday evening under lights. The whole Arklow team was to a man on top of their game now just keep this form going forward. 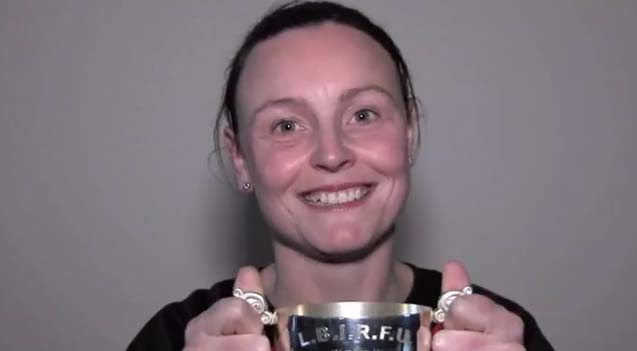