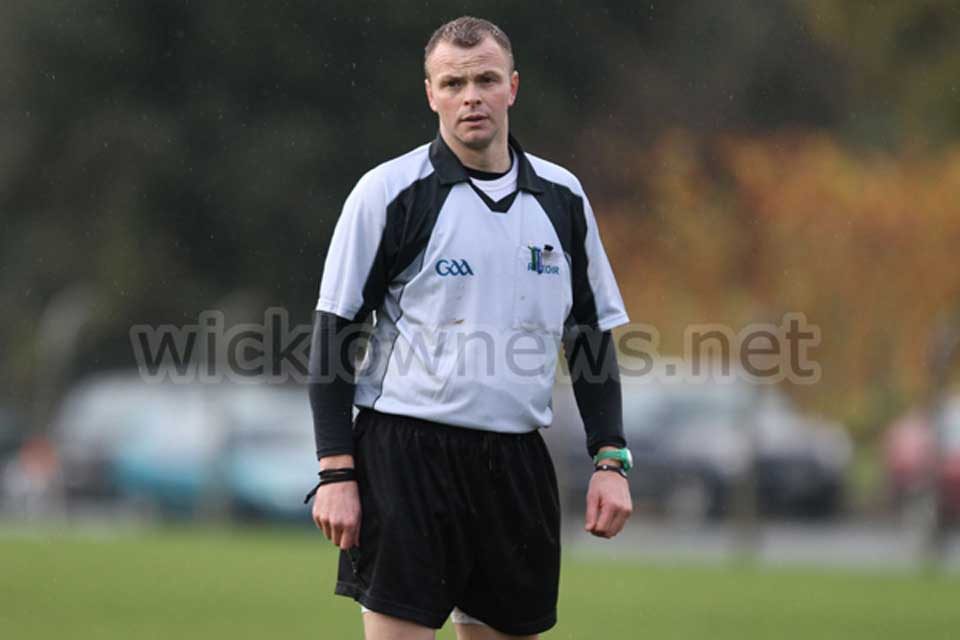 A Wicklow referee had to be escorted from the field after a bottle was thrown at him following an ill-tempered meeting between the Newtown Blues and Tullamore at the Gaelic Grounds in Drogheda yesterday.

Referee Anthony Nolan handed out two red and 12 yellow cards during a tense Leinster SFC first round match which saw the Louth champions outscore Tullamore 0-12 to 1-07.

Nolan, a Baltinglass clubman, handed out his first red ten minutes into the second half after Tullamore goal-scorer Nigel Bracken received his second yellow. A second player was then shown a straight red for dissent seconds after receiving a yellow, two minutes from time.

Tullamore’s large support were incensed at receiving nine yellows and two reds and were heard verbally abusing Mr Nolan as he left the field.