Boxing league off to a flying start 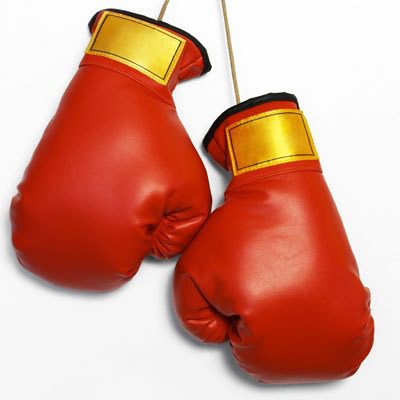 For the first time in about 10 years Wicklow Co Board decided they were in a position to resurrect the Wicklow boxing league as we now have 7 clubs affiliated to the County Board. Boxers entered from Ballywailtrim BC, Arklow BC, Bray BC, OLOF Wicklow BC, Blessington BC, Rathnew BC & the newly affiliated Enniskerry BC.

The first session took place in the Arklow BC Gymnasium today and some cracking bouts took place. The first bout of the day saw Daniel Feokrytov (Arklow) winning his first fight when he out pointed Jordan Moorehouse (Enniskerry) by a split decision.

Clodagh Irwin (Rathnew) had the edge on Amy Cahill (Enniskerry) winning on all judges’ cards in a close battle.

Jason Breen (Arklow) also making his debut looked impressive in out pointing Sean Lambe of Blessington while debutant Josh Whitmore was on the wrong side of a split decision against Craig Maguire (Blessington).

Isabella Dempsey (Arklow) got her team back to a winning train when she out pointed Nikita Coster (Rathnew).

Jade Matthews (Arklow) had a tough bout with Rachel Hunter (Rathnew) with the Rathnew girl winning on points.

In a middle weight bout Karl Kendrick (Arklow) won in the second round when Shane Whoreskey (OLOF Wicklow) received an accidental cut eye.

Eimhin McCormack (Arklow) was a points winner against a game Ryan Kavanagh (OLOF Wicklow). Arklow’s Elaine Harrison and Shanice Just (Grangecon) gave a cracking exhibition of boxing to finish off the programme.

The next date for the Wicklow league is Sunday 3rd November at 11am in Arklow boxing Club.