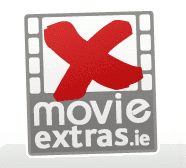 Representatives from MovieExtras.ie will be in the Grand Hotel, Wicklow Town on Wednesday, October 23, from 4pm to 8pm.

Extras are sought for a number of upcoming productions including the horror TV series Penny Dreadful starring Josh Hartnett, the Charlie Haughey biopic starring Aiden Gillen, as well as casting for Fair City and the Mario Rosenstock Show.

MovieExtras.ie are looking for people of all ages and no experience is required.

Citizen Charlie is described as “a trilogy of 90-minute dramas charting the emergence of modern Ireland through the mesmeric figure of Charles J Haughey and his pursuit of power, wealth and glamour.”

Penny Dreadful is set in Victorian London and is produced by Sam Mendes who directed the James Bond movie Skyfall.