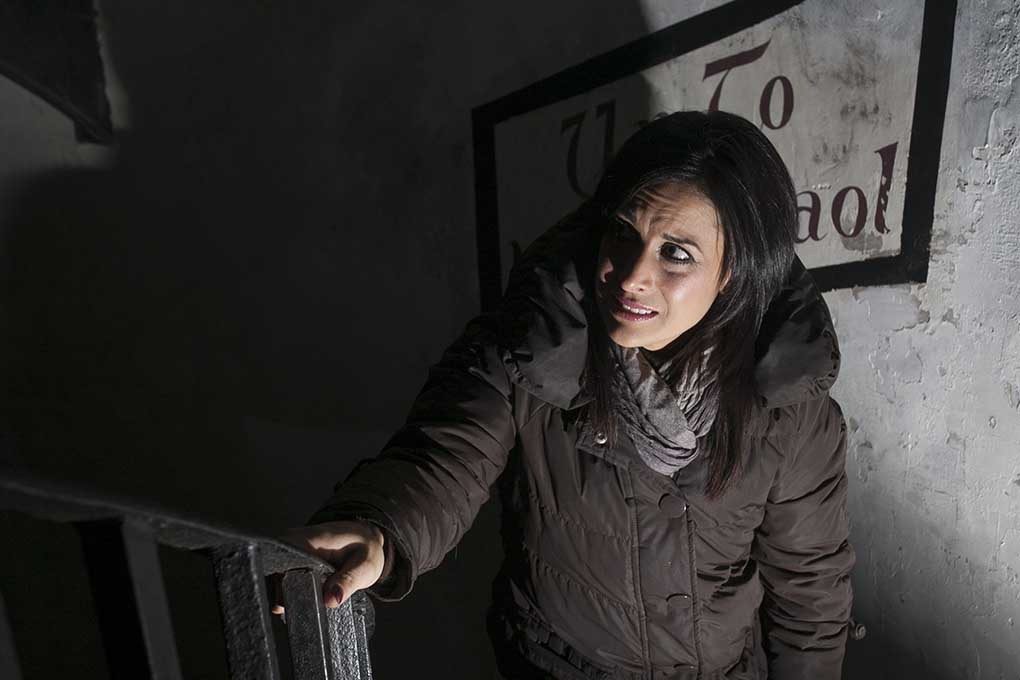 One of Ireland’s top TV presenters has admitted to being ‘scared to death’ whilst filming a Halloween special at Ireland’s most haunted building last weekend.

Martin King and Lucy Kennedy, the hosts of TV3’s new afternoon show Late Lunch Live, headed to Wicklow Gaol to film a Halloween special that will be broadcast this week. The team were joined by Tim Kelly and his Irish Ghosthunters crew for the overnight paranormal investigation.

But Lucy was not prepared for what happened when the lights went out:

“Once the lights were turned off, everything changed. Something was feeling my hair, my legs were being touched – I know myself that it happened – it definitely happened to me, I have no doubt about that. It’s a really creepy place.”

“When we were in cell number thirteen on the ground floor, Lucy and our producer Kathy could feel something pulling their hair. I walked into the cell, and stood in the corner beside them. Our guides, Patrick and Marie, asked the spirits there to make themselves known to us, to give us a sign of their presence.”

“All of a sudden out of the blue, I felt a pop right behind my left ear, and a rush of wind, as if someone had just blown a puff right into my ear. It was so close, and so definite, it was such a shock. I freaked out, absolutely freaked out. I was in the corner, there was no one standing behind me – I do believe that it was a spirit.”

The incident was witnessed by Lucy’s co-presenter, Martin King:

“The Gaol was a really interesting experience – unlike Lucy, I didn’t have an experience of my own – but I did witness one of our researchers, Nick Sheridan, encountering something. Nick is not someone who lies or who ever exaggerates – I believe he experienced something.”

Brave Lucy insists that the ghosts haven’t put her off visiting Wicklow Gaol in the future:

“I would love to go back again, probably with a smaller crowd, just to scare myself to death again. I absolutely loved it”

Real footage from the Ghost Hunt can be seen on Wednesday 30th and Thursday 31st of October on TV3’s new afternoon show ‘Late Lunch Live’ at 2:30pm.

Still time to get involved in some spooky Halloween Shenanigans

Ghostbusters called in as ghost causes chaos in Wicklow