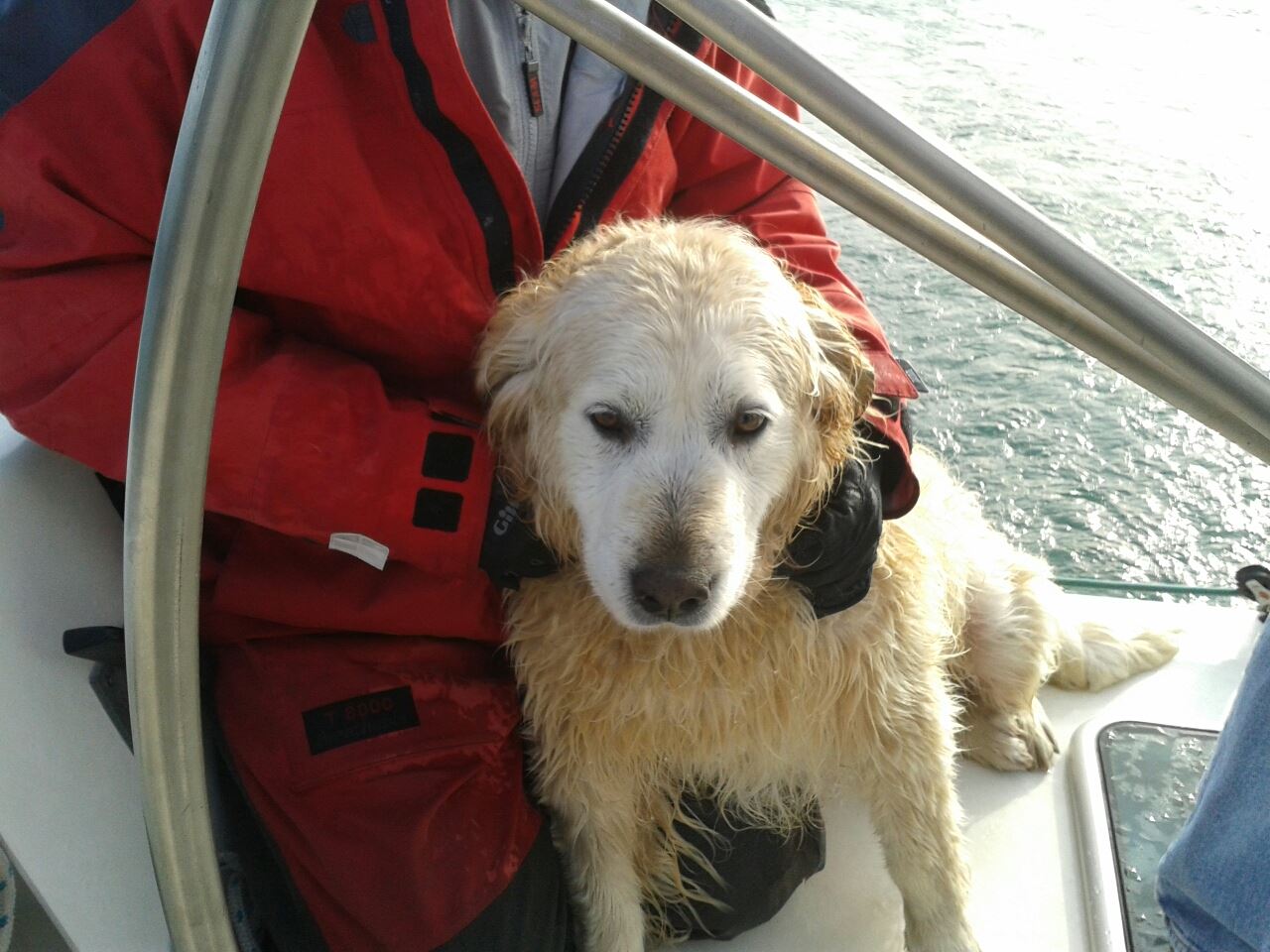 A dog has been rescued by the crew of a sail boat after swimming out to sea off the coast of Greystones.

Rescuers Cillian Duffy and Paul Hunter were competing in the last day’s racing of the year when they noticed the dog half a mile out to sea.

At first, the pair thought they had spotted a seal but once it became apparent that it was dog, they abandoned their race and sailed to the rescue.

“When we decided to go and rescue Eric the dog we had to turn on our engine which disqualified us from the race,” Paul said.

Poor Eric was totally disoriented and was swimming in the wrong direction, heading further and further out to sea when he was rescued by the crew of Another Adventure.

“We had to make a few passes as Eric was quite upset with the noise of the engine and everything. Finally one of the crew made a noose which slipped over Eric’s torso and then we could keep him afloat while it took at least three of us to haul him aboard. He was cold but in good fairly good shape and we headed for port.

“Before we even got within 200 meters people were cheering. How they knew is beyond me. We were meet by the owners who needless to say were delighted but I didn’t get their names.”