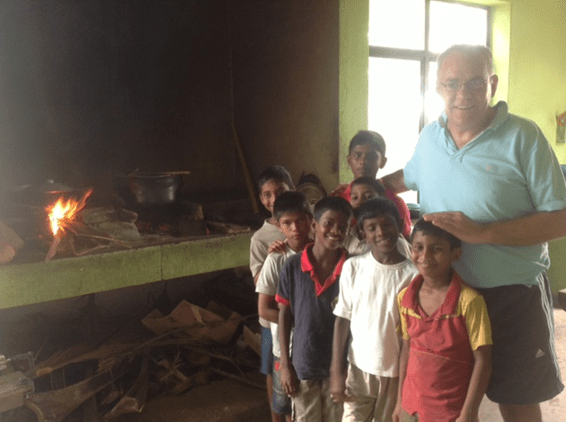 In May of this year, over 200 people climbed Lugnaquilla raising €7,680 for Sri Lankan and Indian children who were orphaned by the tsunami disaster of 2004.

The climb was organised by local man Paul Kavanagh and Father Michael Murtagh who works extensively with the poor in India.

Today, those climbers can see the fruits of their endeavours with the construction of a new kitchen in the Arklow Boys Orphanage in Sri Lanka. Funding was also allocated to support Fr Michael’s work in India.

The orphanage was built in the aftermath of the tsunami with funds raised by Arklow people for a charity set up by local hotelier Brian Brennan.

Located north of the Sri Lankan capital Colombo, the orphanage is home to 34 boys and also has a farm which helps to teach the boys how to grow crops and tend to animals.

Before and after. The new kitchen in the Arklow Boys Orphanage.

Before and after. The new kitchen in the Arklow Boys Orphanage.