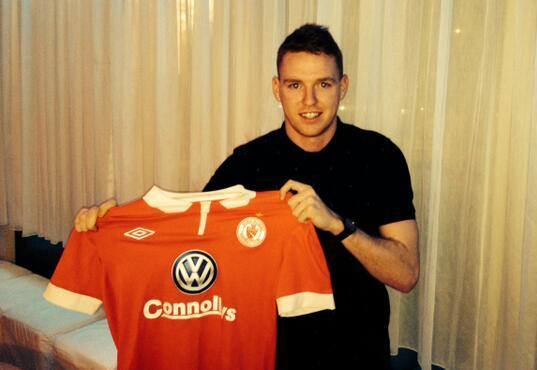 Ledwith, who also played with UCD and Shamrock Rovers, is held in high regard by Sligo Rovers Manager Ian Baraclough, who said:  “Danny is a player I first noticed when he was at UCD. He is comfortable on the ball, has a very good left-foot and he’s a kid that wants to progress.

“He made the wrong decision signing for Shamrock Rovers. It was a big move that came too soon perhaps. It will do him no harm in a way that he knows what it is like to be in the environment of a club that has aspirations and expectations of winning trophies. He will find it more forgiving here perhaps in terms of the Showgrounds supporters.

“The left side is an area we want to be strong in and we already have good options. Danny is a young player but at 22 he is looking for games, for regular football and he can get that here. There will be competition but I will have no fear whatsoever in the prospect of Danny becoming a first-choice left-back if he grasps the opportunity and can nail down a place. He has the talent and we think he has the right character. He is UCD-coached and that is similar to the way we play. Danny will fit in well.”