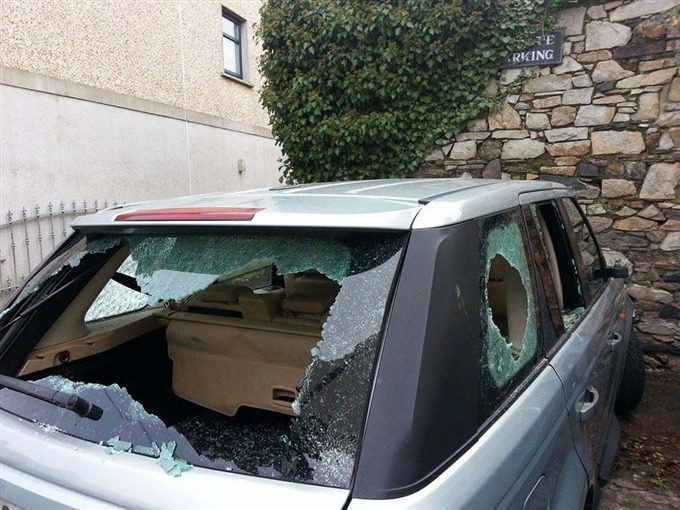 Gardai in Arklow are investigating a pure wanton act of vandalism in the town which took place between the hours of 8pm and midnight on Monday.

A Range Rover parked on Abbey Lane which links the Main street with Castle Park had all the windows smashed.

The owner of the car, a local businessman, told WicklowNews.net: “Whoever did it had nothing better to do they didn’t even take any of the contents, the car is parked there the whole time while i’m in work and has never been touched before.”

Gardai are currently viewing CCTV from a premises close by.

A similar incident occurred in Woodlands estate on Wednesday night. Again, a Jeep had the windows smashed in but nothing taken.

In another incident a car stolen in the town yesterday was used in a robbery in Courtown shortly after it had been stolen.

Over the bank holiday week-end cars along the sea road and the caravan park also were broken into.