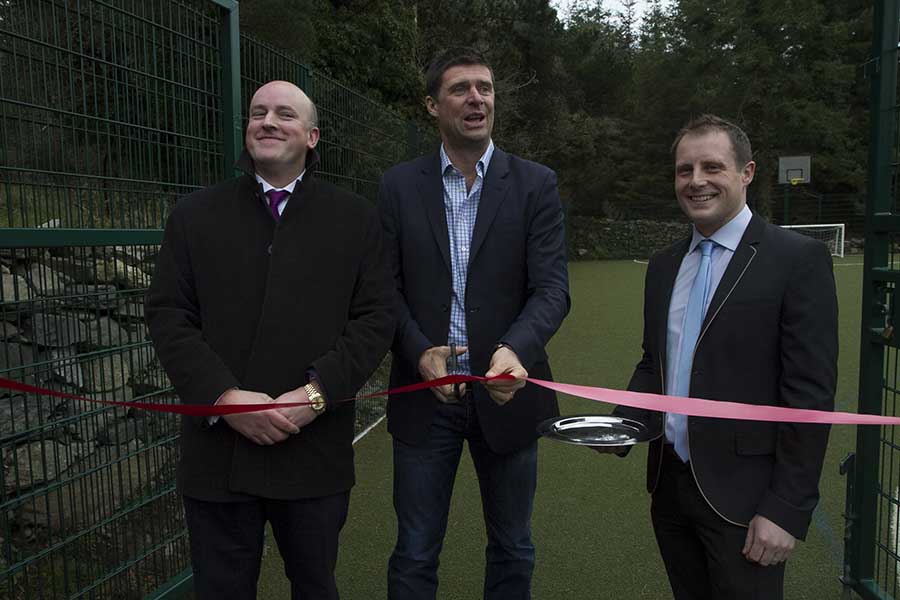 “It is an honour to have been asked to open the new football pitch here at Tiglin,” Quinn said. “It’s great to see such a fantastic facility and I hope the residents here get many hours enjoyment out of it. The pitch will be a great way to let off steam and wind down if you’re going through a tough time.” 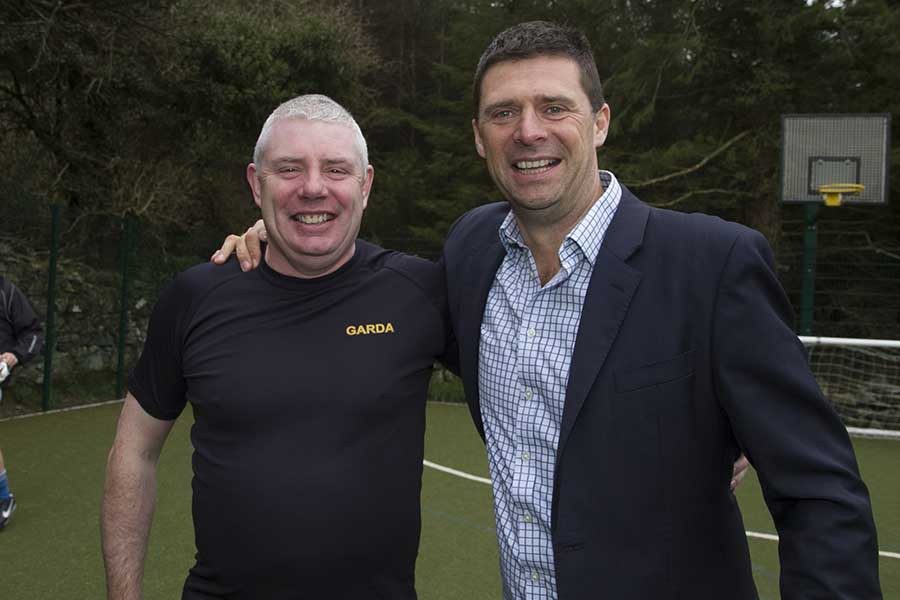 Gardai from Wicklow Garda Station took part in a friendly match with a team from Tiglin.

Tiglin currently has 30 males and 12 females in the centre and there are still huge waiting lists. The centre provides general support to the person not just addressing the substance abuse.

“The new football pitch at Tiglin has given the residents space to engage with sports and fitness and see the benefits of regular exercise both in recovery and their daily lives. It is incredible to see new residents come through the doors of Tiglin after many years battling addiction. Residents first come in majorly underweight; have low energy and a very poor immune system. Within a few months, they’re out playing football on the pitch and it’s hard to believe it’s the same person who walked through the door just a few short months ago,” said Phil Thompson, CEO of Tiglin Rehab Centre.

Tiglin’s residents complete practical modules in horticulture, cookery, crafts and money management skills and take turns managing different parts of the house. A total of ten months is spent at the centre in Wicklow after which, six months is spent in a re-entry house in Co. Kildare. The new football pitch has been hugely welcomed by everyone.

Soccer and basketball are also played on the pitch and circuit training takes place on the pitch on a weekly basis.
This Christmas, you can donate to Tiglin by texting ‘TIGLIN’ to 50300 (texts cost €2 and 100% of your donation will go to Tiglin) or by logging on to www.tiglin.ie. 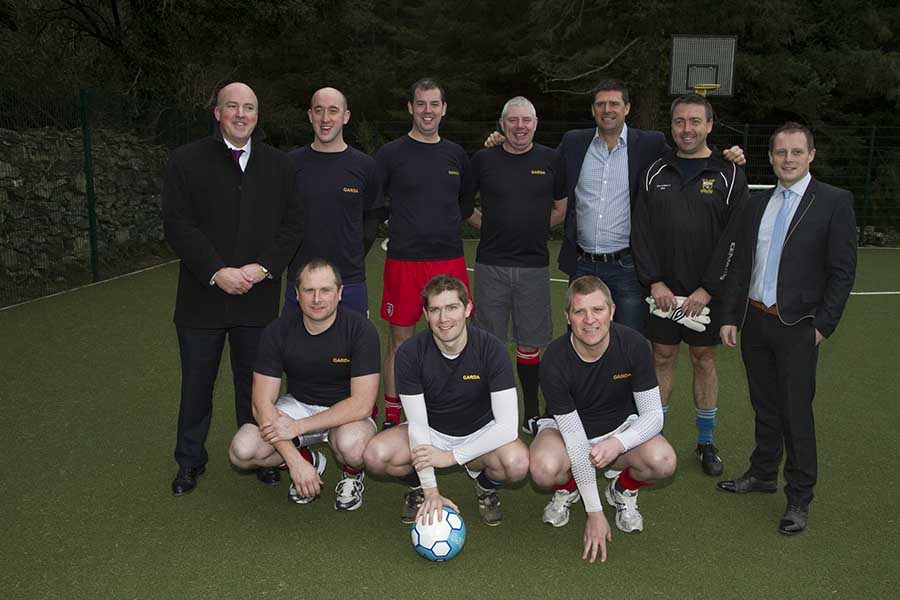 Gardai from Wicklow Garda Station took part in a friendly match with a team from Tiglin.