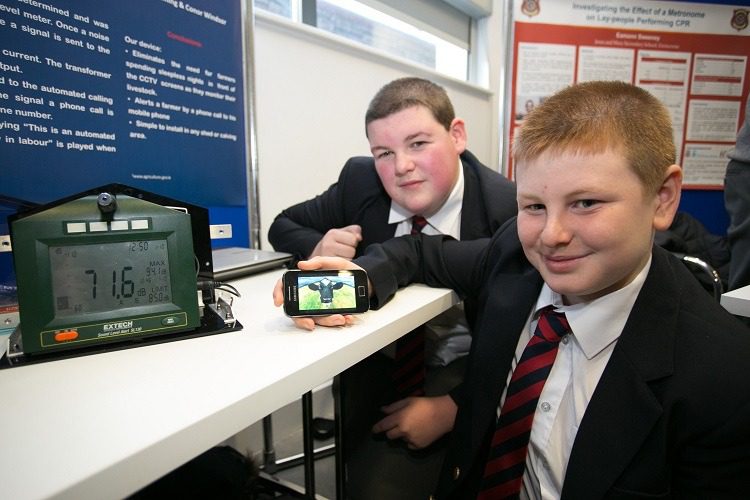 The Avondale Community College students secured their place at the national final when they won top prize at the regional SciFest@College event in IT Carlow in May for their development of a calving alarm system.

Conor and David created a calving alarm, an automated system alerting a farmer when a cow goes into labour. The purpose of the device is to alleviate the problem of the farmer having to spend hours monitoring the animal. The device is based on a sound level meter and when the noise level in the shed reaches 80 dB, the level produced by a cow in labour, a signal is transmitted to an automated calling system in the calving alarm that alerts the farmer.

The 15 regional SciFest winners were presented with their Excellence in STEM plaque by Professor Mark Ferguson, Director General of Science Foundation Ireland and Chief Scientific Adviser to the Government.

SciFest@SFI Discover gives the winning projects from each of the regional SciFest@College fairs an opportunity to showcase their projects at the Science Gallery, Trinity College Dublin. The overall 2013 winner was Raheny student Paul Clarke, who will now go on to represent Ireland at the Intel International Science and Engineering Fair (ISEF) 2014 in Los Angeles, May 2014.