63 horses put down after Ballyguile seizure 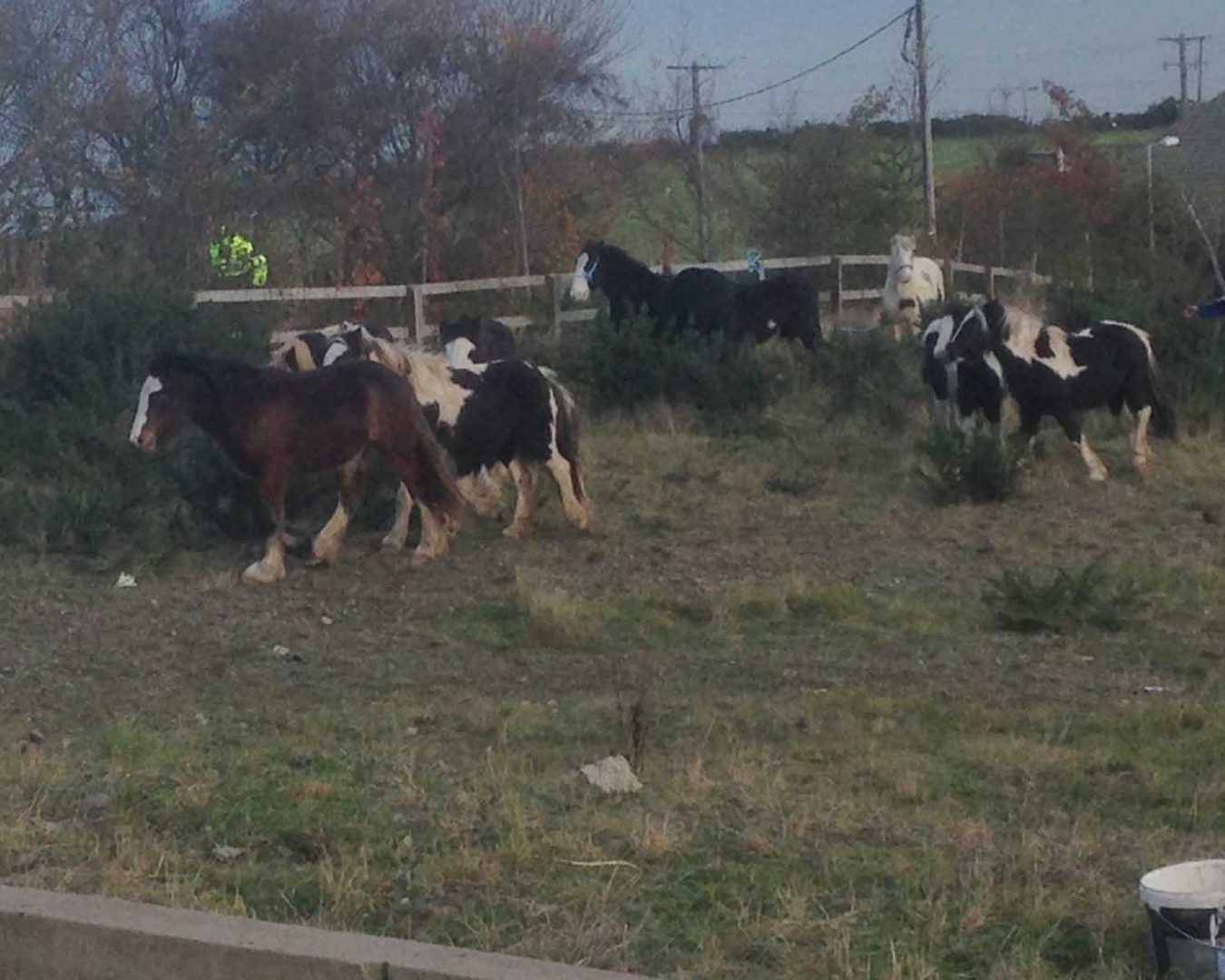 Stray horses being rounded up in Wicklow Town.

63 horses that were seized in Wicklow town last week by Wicklow County Council and the gardai were euthanised this morning.

The horses were seized on Wednesday, December 4 from the Ballyguile area of the town and were transported to a designated pound by Cantor Equine – the contractors employed by the council.

The stray horses were kept on NAMA-controlled land in the Hillview estate for a number of years and were seen to be in generally poor condition.

The WSPCA have also been called to the area many times over the past number of years and have found dead and mistreated animals there on occasion. The WSPCA said there are a number of serious animal welfare issues with leaving horses in the estate — namely the lack of shelter and the fact that the horses can breed indiscriminately there.

Residents and parents also expressed concerns about the presence of the animals in the area, saying children had to be kept away from public parks and green areas because of the danger posed by the horses.

Despite a large and visible operation conducted by council staff and members of the gardai, no one came forward to claim the animals as they were being taken away and the horses remained unclaimed for the past nine days.

“The animals had been impounded and had remained unclaimed for a period in excess of five days, which is the statutory limit,” a statement for the council read.

“This unfortunate action had to be taken as a result of a worsening problem of stray, neglected and unclaimed horses in County Wicklow.

“All agencies in Co Wicklow with an animal welfare remit – including Wicklow County Council – are working to address horse welfare issues in the county.”

People Before Profit Alliance candidate for Wicklow, Anna Doyle, said that the owners of the horses had written to the council outlining their commitment to securing the necessary licences and documentation and described today’s events as “a sad and utterly avoidable action”.

“The owners are devastated and can’t understand why such a cruel and final decision to destroy the horses was taken without any real and meaningful engagement with the owners who had pledged to do all that was necessary to get their horses back.”

To reclaim a horse once it has been seized, an owner must produce a horse passport to identify themselves as the owner of the animal and have a detailed description of the animal, including its microchip number. All outstanding fees to the council must also be paid, including expenses and charges relating to the seizure and detention of the horse. A registration number for an equine premises on which the horses will be kept must also be produced.

Meanwhile, the horses that were taken away following Sunday’s incident of animal cruelty, including the foal of the horse that was killed, are awaiting new homes.