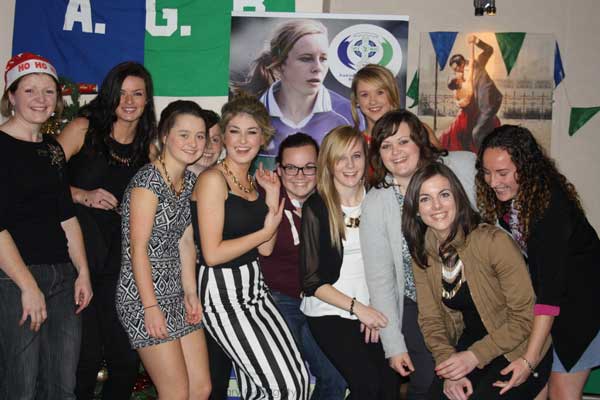 The Harbour was packed to the rafters on Saturday December 7th 2013 as the ladies and gentlemen of Arklow Geraldines Ballymoney gathered to celebrate the season’s highs and lows and to mark the end of a busy and eventful football year.

The U16 ladies were presented with their league medals by club chairperson Mick Healy. Team manager James Furlong praised the dedication of the girls during the season. Chloe O’Reilly was singled out for her tremendous display in the league final, in which she scored 4-3 to help her team secure victory over old rivals St. Pat’s, despite having had an injury plagued season throughout. Lauren Hayden, Katie Larkin and Annie Conroy were praised for their dedication in representing the club on the U16 County team. They reached a Leinster final in which they were narrowly beaten by Westmeath. Annie Conroy was presented with the ‘U16 Player of the Year’ award for her ability to play in multiple positions, her leadership qualities and her tireless efforts on behalf of her team, both at club and county level.

The Minor ladies were presented with their A Shield medals having beaten St. Nicholas of Dunlavin in the final. Sadly the minors only played two games this season as many clubs struggle to field teams at this age group. These girls were a joy to watch and would have benefited greatly from more opportunities to play together. However most of the panel played at U16 level this season and all of the girls supported both Junior and Senior panels with great distinction. Harry Harte presented the ‘Minor Player of the Year’ award to the indomitable Jessica Hurley whose return to Gaelic football has been an inspiration to all her club mates.

The Junior ladies were narrowly beaten in the Junior B final by Newtown but this is very much a team in transition. Team manager Stuart Gleeson praised the hard work of all the Junior ladies and noted the progress made by the group throughout the season. He thanked all those who travelled to games to support the ladies throughout and predicted a promising year for AGB Junior Ladies in 2014. He presented the ‘Junior Player of the Year’ award to Sinead Arthur, praising the consistency of her performances in every game from the beginning to the end of the season.

The Senior ladies were presented with their combined cup medals having beaten Blessington in the final at Avondale. These ladies were also praised for their efforts at training and in all competitions in 2013. The ladies reached the final of the Leinster Senior League, having won the Intermediate competition in 2012. While they were heavily defeated by Killoe of Longford in the final, the ladies gained valuable experience of Leinster football at a very high standard. A narrow defeat in the senior championship semi final to Baltinglass ended the championship hopes for 2013 but there is a lot of potential in this group of players. Garry Hurley presented the ‘Senior Player of the Year’ award to Jessie McElheron in appreciation of her dedication and leadership on and off the field of play.

Finally the ‘AGB Ladies Club Person of the Year’ award was presented to James Furlong for his long years of dedicated service to the club at all levels from Academy through the juvenile ranks and in the adult ladies section. This proved a very popular choice as everyone recognises “Furry” as a person who is always on hand to help out with coaching, fundraising and helping to get children to games. Mick Healy made the presentation thanking James for his consistent efforts on behalf of AGB Ladies.

John Murphy, team manager of the Junior “C” team that won the County Championship, was the M.C. for the men’s presentation of the Junior ‘C’ Championship medals. John was in full voice, ringing the praises of the team that brought county honours to the Club. Ray Menton, former Club Chairman, spoke on the achievement in winning the championship and how important it was for the younger players coming through and their eventual step up to senior ranks. He thanked John Murphy and Brian McBride for their commitment to the team and appealed to all the players to make themselves available next year.  The team will be again endeavouring to achieve championship success in both the Junior ‘B’ and Senior championships.

Sincere thanks to all who worked to organise this successful celebration and special thanks to Mr. Declan Kenny of the Harbour for his support on the night and throughout the season.

It was indeed a mixed season for AGB with many highs and lows. It was a year in which we experienced the support and assistance of our fellow members and friends in good times and in bad and at the end of such a season we also celebrate friendship, solidarity and community, three great attributes of our club that we hope will be consistently nurtured by all who belong to Arklow Geraldines Ballymoney. We wish all our players, parents, volunteers, sponsors and supporters a peaceful Christmas and a prosperous New Year. 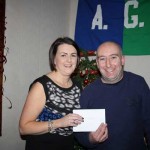 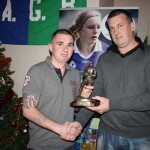 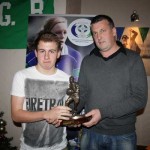 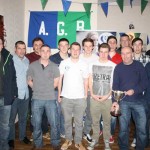 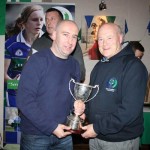 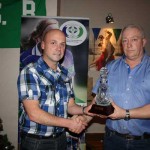 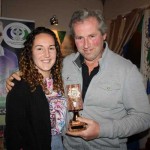 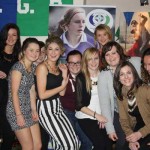 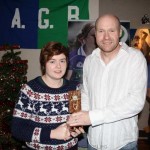 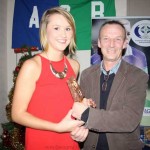 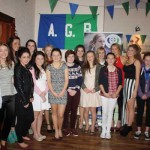 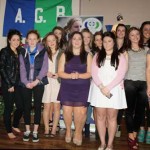 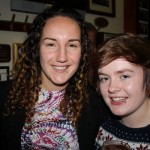 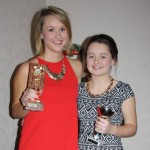 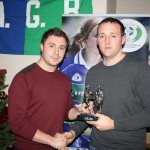