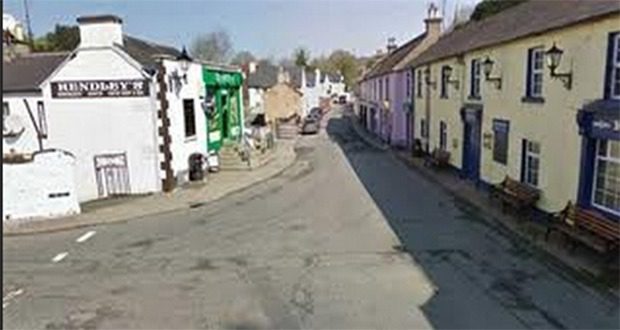 First Prize €80: Cian, Roan, Sean O’Neill, Kilmagig Upper, Avoca 2nd Prize €50: Veronica O’Toole, Kilmacoo, Avoca 3rd Prize €30: Noel Kavanagh, Barniskey, Avoca Sellers prize €15: Pat McCabe. Next Draw in Fitzgeralds on 30th Dec 13. We would like to wish you a Merry Christmas and a Happy New Year. Thank you for all your support in 2013

St Pat’s Soccer Club would like to thank Miley Doyle and all the staff of Avoca Recycling Centre for all their support and help during the year. Miley has organised a clothing bank. Anyone with unwanted clothes can drop them over to Miley at the Recycling Centre. All proceeds go toward developing under age soccer in St Pat’s Club. Many thanks for all your support.

Mothers & Toddlers every Friday from 10am to 12noon.

€3 per adult which includes coffee & biscuits.

Thank you from Avoca Recycling Centre

A big thank you to everybody who attended our fundraiser on Sat 14th December and to everybody who helped out in any way to make the day such a success. Although the weather was dreadful the amount raised from the guessathon and the raffle was a fantastic €1,500. This will go to the maintenance and cost of the esb supply to the Avoca Miners Cross. Thank you again for your support.

We are closed on New Year’s Day

The Avoca Camogie Club held their AGM this week in Fitzgerald’s.

The management team remains the same as last year with Willie Fahy managing, helped by two selectors Eamonn Murray and Bill Dickenson.  The club would like to thank our outgoing secretary Kathleen Keogh for all her years of dedicated service. Kathleen retired this year for personal reasons but I’m sure she will be there in the background to help out when needed, as she is and always will be a valued member of our club.

The club recently held a presentation night in the Meetings which was attended by two members of the County Board Mrs Breda Byrne and Winnie O’Hanlon. We would like to congratulate the prize winners on the night Club person of the year Mary Fahy, most dedicated player Nicola Fleming, Most improved player Mairead Nolan and finally player of the year Liz Fahy. We would like to thank the County Board Members for their kind words and for presenting the girls with their league and championship medals.

2013 was the most successful year for Avoca Camogie for a long time.

The girls won both the intermediate league and championship and will be playing at senior level for the 2014 season. First of all we would like to congratulate the girls themselves for a job well done and we would like to thank everybody involved committee members, mentors, fundraisers and anybody who helped in any way and we would like to wish them the best of luck in 2014.

Finally we would like to congratulate Liz Fahy who at the recent county convention was voted Wicklow’s camogie player of the year for 2013. Liz will be presented with her award at the GAA gala awards night in the Arklow Bay Hotel in January. Well done Liz.

We would like to wish everybody a happy Christmas and a successful new year and we hope to see you all in 2014.