Ballyguile foal to be rehomed by horse charity 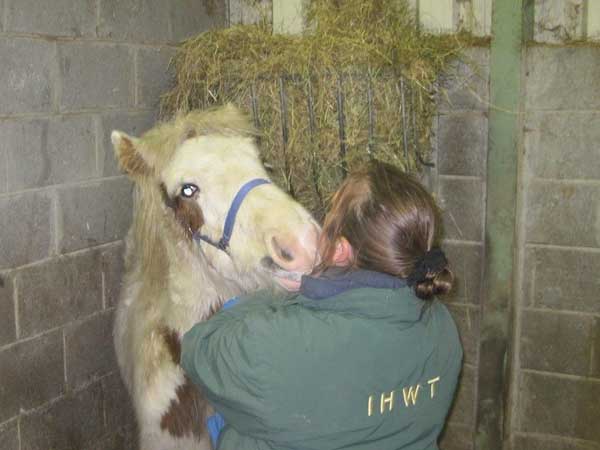 The foal whose mother was beaten and killed on the Hillview estate in Wicklow town last week is now safe and sound in the care of the Irish Horse Welfare Trust (IHWT). 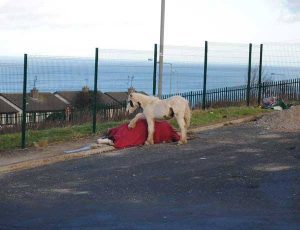 This picture of the foal standing over its mother went viral after WicklowNews.net posted it on Facebook last week. (Pic: Roxanne Luke)

The foal, who has been named ‘Hero’ by the charity, was taken into the care on Friday and will now spend a three-week period in isolation at their rescue farm in Woodenbridge.

New owners in the south east have been selected for Hero and he will be transferred to his new home after the three-week quarantine period is over.

A spokeswoman for the IHWT told WicklowNews.net that ‘Hero’ had settled in well to his new accommodation and that they were looking forward to uniting him with his new owners.