There was no Match 4 winner of the Club Lotto on Friday, 6th December when the numbers drawn were 1, 17, 29 and 30 so next week, the jackpot goes up to €5,600. Niall Cunnane was the name drawn in the Lucky Dip and will receive €25. There are two draws left before Christmas and then the Lotto takes a break for four weeks. So maybe, just maybe, someone could be €5,600 better off over the Festive Season! Any outstanding entries will carry over and if the Jackpot remains unclaimed over the next two weeks, the Lotto will start 2014 with a €5800 Jackpot on 24th January. As always, we encourage members to register to play online or to promote the Club Lotto to others. Further details are available at www.brayemmets.com.

Bray Emmets offers its condolences to the family and friends of Seamus McCormack, a long-time member of the Club who passed away last week. Throughout his association with the Club, Seamus was heavily involved in coaching and team management and members of his family are still very active in the Club today, including Anne Longmore, Secretary of the Ladies Section.

The Club also extends deepest sympathies to the family of former Offaly player Liam O’Connor. A member of the famous All-Ireland winning team of the early 80’s, Liam represented Bray Emmets for a brief period during his distinguished playing career.

The Juvenile Section ran a very successful Family Fun Quiz last Friday evening, 6th December. Overwhelmed by the number of participants and level of knowledge within the Club, there was a tie for first place which was settled by a unique and dubious play off! A special thank you to all the local businesses who contributed prizes to the night including An Post, Bruce Shaw Safety Management, DID Electrical, Woodies, Shoreline, Smyths Toys, Dunnes Stores, Tesco and Superquinn. Thanks to all who helped with setting up the Clubhouse for the evening, in particular Dave for his assistance with the sound system and Brendan for providing the questions. And of course, thanks to all the participants, both young and old, who helped to make it a great night.

Played in perfect conditions, the Club hosted the Larry Walsh Football Tournament on Saturday, 7th December and a hugely enjoyable day was had by all. The first semi-final saw Little Bray take on raging hot favourites Ardmore/Charnwood. A shock looked to be on the cards but Ardmore/Charnwood went on a late scoring spree to seal victory. The other semi-final between Southern Cross and The Seafront was another tight affair with the ‘Beach Boys’ eventually edging out their opponents. These games were followed by the Over-35 Legends Match which saw a number of Club stalwarts turn back the years (and test the stitching of their jerseys!). An entertaining and lively encounter was decided by a late goal with the large crowd in attendance definitely enjoying the skills on display! And so on to the Larry Walsh Tournament Final. The game was evenly contested throughout but as the game drew to a close, The Seafront side missed two penalties which meant the game ended in stalemate, 1-6 apiece. Referee Anthony Nolan decided that fairest (and quickest!) way to decide matters was a penalty shoot-out. Unbelievably, the star-studded Ardmore/Charnwood side failed to convert any of their three kicks while the Beach Boys calmly goaled each of theirs. In a story that is sure to be recounted several times over Christmas, it was Player/Manager Paddy Moynihan who sealed victory for the self-proclaimed B4 district!

Afterwards, many of the tired and aching bodies retired to the Clubhouse and joined other members from all sections of the Club for the Christmas Party. Many thanks to Rob Connaughton, Paul Cunningham, Ed Keating and Brenda Maloney’s army of volunteers in the kitchen who ensured everybody was fed, watered and entertained throughout the evening. Also, a special thanks to the players, both young and old, who gave up their Saturday afternoon to take part in the tournament. The event was a huge success and credit must go to Brian O’Keeffe and his organising committee for doing such a wonderful job.

Parents are asked to note that the Academy will finish on Saturday, 14th December for the Christmas break. Activities will resume in the New Year on Saturday, 1st February.

Looking for a Christmas present for the Bray Emmets supporter or player in your life? Then why not check out our Club Shop which will be open from 7.30 p.m. until 8.30 p.m. on Monday, 9th December and Thursday 12th December. We have a wide range of merchandise available including helmets, hoodies, kit bags, under armour with Emmet Bhré on the sleeves, football and hurling gloves, skorts, rain jackets, windcheaters and the Bray Emmets team jersey. We also have smaller items available including key rings, wrist bands and hurley grips. The Club Shop will also be open on Saturday mornings from 10.30 a.m. – 12.00. midday up until the Academy’s Christmas break. 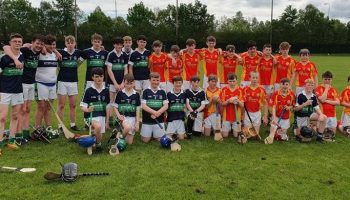 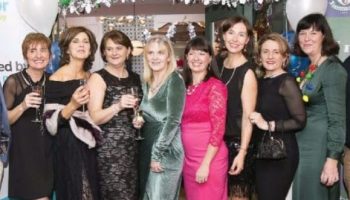