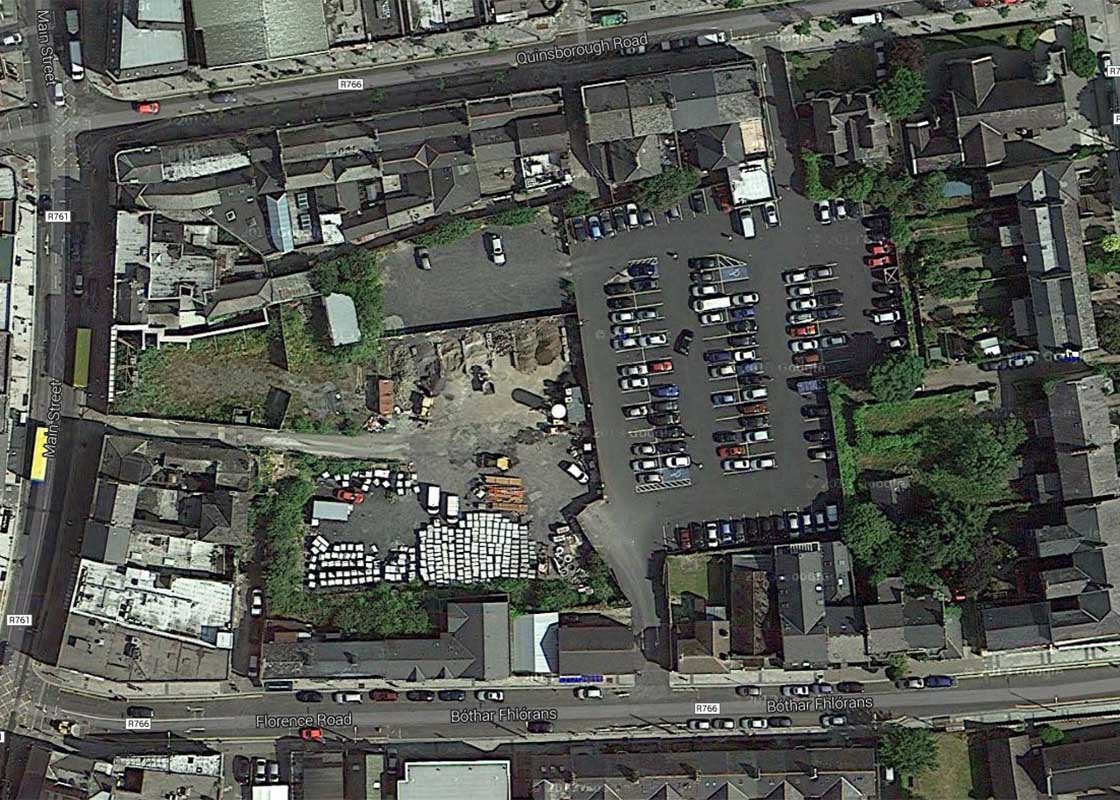 Bray Town Council wish to advise that they have purchased the site of the proposed Florentine Shopping Centre off the town’s Main Street for €1.95m.

The deal for the site between Quinsboro Road and Florence Road was concluded with Grant Thornton on Wednesday, December 18.

Grant Thornton were appointed receivers for Bank of Scotland (Ireland) on January 25 of 2013 to assets owned by Florentine Properties Limited.

“This is a great day for the town,” said Cathaoirleach of Bray Town Council, Cllr Tracy O’Brien. “This project has been beset by problems from the start and the site has been regarded as a hole in the centre of the town for more than 10 years.

“Hopefully the town can now move on and a sustainable development plan can be put in place to benefit all citizens.”

The Florentine Centre was expected to open its doors to the public in the autumn of 2006 and included plans for almost 100 apartments, 25 retail outlets and 600 parking spaces.

“I greatly welcome the purchase of this site,” said Des O’Brien, Town Manager of Bray. “As an organisation, Bray Town Council now hopes to work with any interested parties to develop the site into an amenity that has both social and economic benefits to the town.”

Bray Town Council would further like to advise that the purchase price reflects the current market valuation of the property, but at a fraction of the cost that the previous owners incurred in assembling the site.