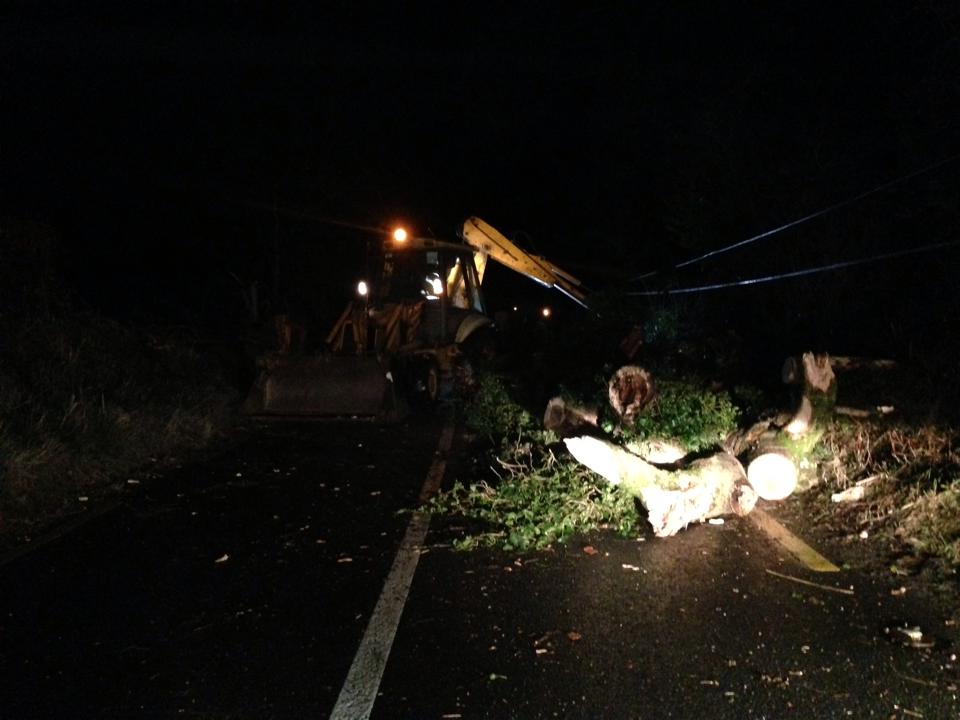 Gardai and the AA are advising caution to motorists as the storm continues to batter the country.

Spot flooding and debris have been reported from all over the county with west Wicklow being the worst hit.

A tree blocking the R747 at Tironan in Baltinglass has now been cleared.

The RNLI are warning people to keep away from coastal areas.

Power outages have been reported in some parts of the county.

The first flight from Dublin Airport departed at around 7:45am, no flights left the airport before that due to gale force winds blowing across both runways.

The Dublin Airport Authority has said that severe gusts are affecting both departing and arriving planes, with a number of transatlantic flights having been diverted to either Heathrow or Manchester airports in the UK.

Some ferry sailings have also been cancelled, including the Stena Line service from Dún Laoghaire at 1.30pm.

Irish Ferries has said its fast ferry services between Dublin and Holyhead will not operate today and all affected passengers will be accommodated on its cruise sailings.

Its sailings between Rosslare and Pembroke are also not expected to operate today.

Iarnród Éireann reported overhead line damage between Dún Laoghaire and Blackrock due to a trampoline that hit the line, which is causing delays.  The line has now reopened.Pearse Station is closed due to roof damage. Trains will run through and will not stop at Pearse Street. Passengers are advised to use Tara Street or Grand Canal Dock stations instead.

Councils across the country are advising drivers to be cautious on the roads due to debris and fallen trees.

Meanwhile, following an inspection this morning at Leopardstown race course racing will go ahead today as planned.