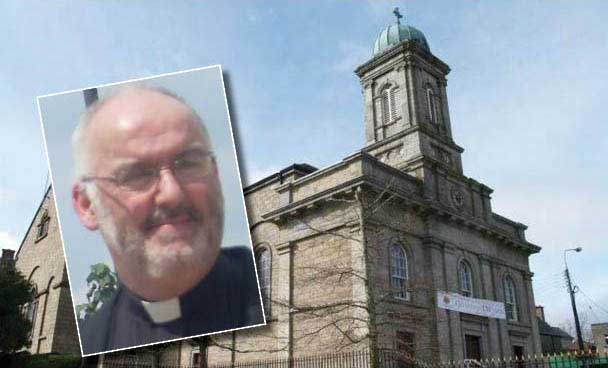 A popular priest who ministered in Arklow was left shaken last week after a masked raider entered his home in north Dublin and threatened him with a screwdriver.

Fr Paul Hampson, who was curate in St Mary and Peter’s church from 1998 to 2002, was tied up after a lone thief forced his way into his home on Chapel Road in Lusk at 9.40pm on Sunday.

Around €1,000 in collections money was taken during the ordeal along with Fr Paul’s mobile phone and wallet.

Speaking to the Irish Mirror, Fr Paul said: “It was around 9.40pm and there was a knock at the door. I thought it was a parishioner.

“His back was to the door and when I went out he just pushed the door in.

“I had a phone in my hand as well so it was very difficult to do anything. He got me up against a wall and he had a screwdriver at my neck.

“He had one of those plastic binds already looped and he had the screwdriver up to my neck. He said ‘put your hands in the air or I’ll stick this in you’.

“At the time it was surreal. Your mind just goes into overdrive. I was totally, totally shocked by the whole thing.

“He was looking for money for collections but I said it was not here, it was all gone.”

The intruder was around 5ft-9in and of stocky build with a Dublin accent. Balbriggan gardai are investigating the incident.

Fr Paul left Arklow in 2002 to take up a position in Canada and returned to Ireland to become chaplain of Tallaght Community School in 2004 before taking up duties as parish priest in Lusk, Dublin where he has been since 2010.