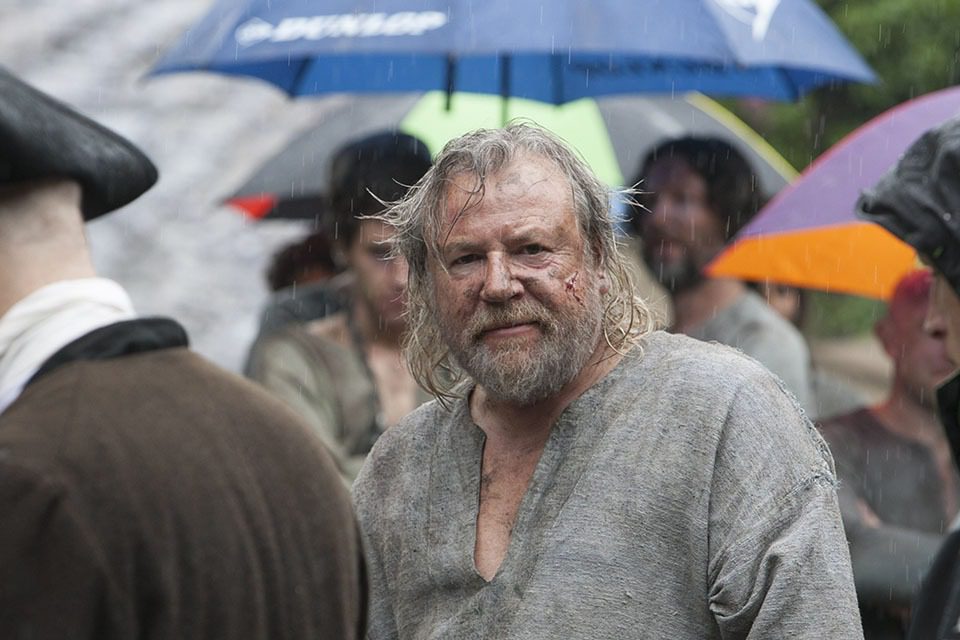 Wicklow’s Historic Gaol is set to feature in a new blockbuster drama, Moonfleet, which will air on Sky One HD this weekend.

Legendary actor Ray Winstone became a temporary inmate at the 18th Century prison on Kilmantin Hill in Wicklow Town earlier this year to film some of the movie’s most action-packed scenes.

One of the scenes filmed at Wicklow Gaol sees Winstone in chains with a group of Guards beating him up.  The star was black and blue after filming as he says they seemed to keep missing the areas where he had protective padding.  He admits that he wondered had he said something bad about Ireland!

Patrick Mahood, who plays the Jailer at Wicklow’s Historic Gaol, insists that all mistreatment of Ray was purely down to acting.  “That kind of thing would never happen here now!  It was a brutal place in the 18th, 19th and 20thcenturies during the 1798 Rebellion, the famine era and the War of Independence.  The history is sombre but we assure you no modern-day visitors are harmed! “