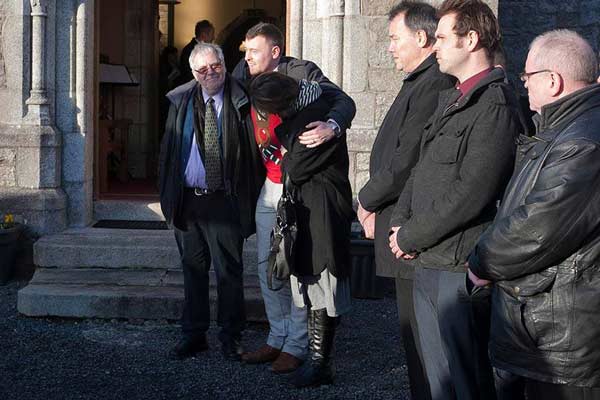 The announcement about Ms Fleming’s death was made this morning.

Marie (59) was physically unable to take her own life because of her illness, and in December 2012 brought her fight to challenge the ban on assisted suicide  to the High Court.

She had wanted her partner Tom Curran to be able to assist her death without fear of prosecution.

Marie argued the ban on assisted suicide breached her constitutional rights and discriminated against her as a disabled person.

Even though she knew the odds were stacked against her succeeding in her case, Marie said she was determined to take it on as she wanted her country to recognise that she was entitled to the same choice as everybody else.

When the High Court ruled against her she bravely appealed the decision to the Supreme Court, but in April 2013 her legal battle came to an end when it upheld the original ruling.

After the ruling and the prospects of facing a prison sentence, Tom and Marie announced that they had agreed on a way to end her life when she could go on no more.

Marie, who is survived by partner Tom, daughter Corrina and son Simon, was diagnosed with MS in 1986 when she noted a change in her gait and her foot started to drag.

She had not had the use of her hands since 2010, and in the final stages of her condition as she battled in the High Court and Supreme Court she had no use of her arms or her legs, no bladder control, difficulty swallowing liquids and suffered regular choking episodes which left her exhausted, frightened and distressed.

Her sight also deteriorated and she maintained contact with the world with her hearing, listening to the radio to keep up with news.