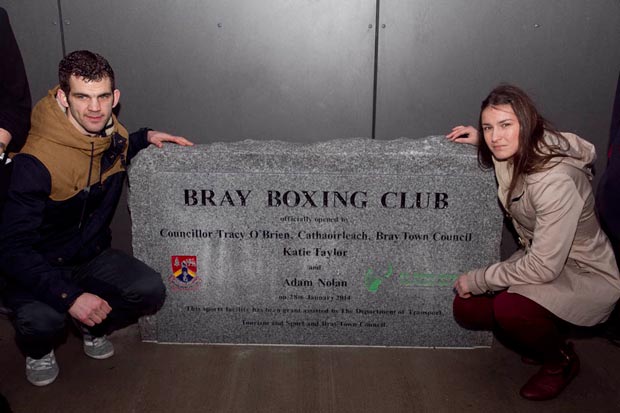 Adam Nolan and Katie Taylor say they have "best equipped club in the country".

For years Gold Medal-winning Olympian Katie Taylor has been punching above her weight while training in basic facilities, but that’s all about to change now that Bray Boxing Gym has reopened following a complete rebuild.

Speaking at the ceremony today, Katie Taylor said: “This is just a great day for the club. It has been a long time coming and we are just delighted with how everything turned out.

“We’re probably the best equipped club in the country now at this stage, so it’s definitely going to make training a lot easier for myself and Adam and the rest of boxers in the club.

“We just hope now we can continue to bring great pride to the town and our country, and to keep bringing medals home.”

Taoiseach Enda Kenny famously paid a visit to Bray Boxing Gym in May 2012 and, at the time, boxers were training without toilet or shower facilities with boxers forced to use the toilets in the nearby Harbour Bar.

The new gym, which is based in Bray Harbour, has new changing rooms for men and women, a kitchen, a large physical training area and a full size ring with seven-day access to athletes.

Bray Town Council secured €190,000 in funding from the Department of Transport, Tourism and Sport and invested €100,000 from its own resources.

“This project has been a long time coming and I am delighted for Pete and Katie Taylor, Adam and all the members of Bray Boxing Club,” said Cathaoirleach of Bray Town Council, Cllr Tracy O’Brien.

“Their dedication and hard work over the years has finally paid off. They now have the fantastic state-of-the-art facility that they deserve.”

“We’re delighted to have this great facility for our members and we are looking forward to bright future for all concerned.”

Katie famously beat Russia’s Sofya Ochigava 10-8 and won Olympic gold for Ireland on August 9, 2012, in the female boxing lightweight final at the ExCeL Arena in London.

Big screens were in place in Bray where thousands of fans watched her box her way to victory and a gold medal.

It was the first Olympic Games in which women competed inside the boxing ring and her fight attracted intense national and international attention.

More than 20,000 fans were estimated to have turned out on Bray’s Seafront to welcome Katie and Wexford -native Adam home from the Games last August when the boxers were paraded through the town in an open top bus.

“This medal belongs to everyone here and without their support I wouldn’t be in this situation,” said Katie at the time. 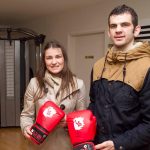 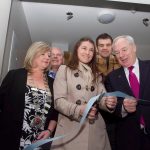 Katie cuts the ribbon on the new club 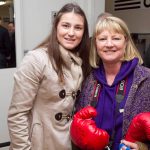 Katie with her number one fan, Angela Singleton 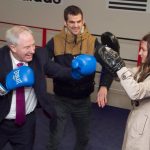 In the ring with Minister for Sport Michael Ring 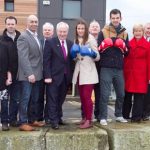 All smiles with your local representatives 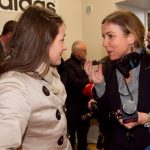 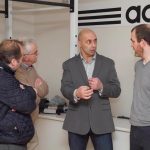