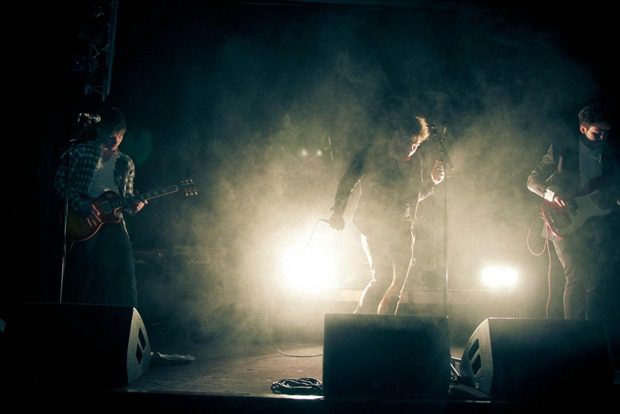 Tell No Foxx's debut EP is set to be released early this year.

Wicklow trio Tell No Foxx have been shortlisted for this year’s IMRO Other Room Open Call which will be broadcast as part of Other Voices Derry on both RTE and BBC.

Over 500 acts were considered for the showcase and a panel of industry judges narrowed the selection down to just five of Ireland’s most promising acts.

You can vote for Tell No Foxx to play this year’s Other Voices Other Room Derry here. Voting closes Monday, January 27 at 10am.

The Wicklow natives, who are all 23, started playing in a typical fashion – Luke Lacey grew up in a musical family and started learning classical guitar, Brian Sillery began singing in a local choir from a young age and Johnny Flood started learning how to play guitar but now plays the bass.

Since their formation they have spent the best part of two years quietly refining their sound in a home studio.

Last year (2013) proved to be an exciting year for Tell No Foxx, the band were selected to play Hard Working Class Heroes — Ireland’s premier talent scouting event — where goldenplec.com dubbed them as “an Irish contender to Bastille’s crown”.

The band are currently in the process of recording their debut EP set to be released early this year.