Another Atlantic storm to hit today 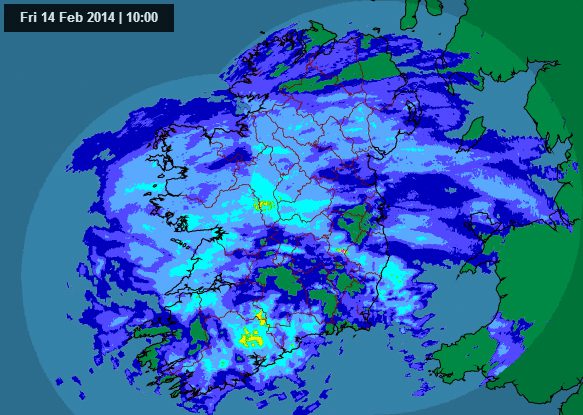 139
SHARES
ShareTweetSubscribe to our Newsletter

Met Éireann has said further disruption is possible today as another Atlantic storm tracks over Ireland producing heavy precipitation and gales in places.

A Status Orange flood warning has been issued by the forecasters which will remain in place until 9pm tonight.

A reduced Status Yellow wind warning remains in place for Munster and Leinster, with very wet and windy conditions developing across the county.

Met Éireann also expects strong to gale force easterly winds through these provinces with average speeds of 50 to 65km/h and gusts of 80 to 110km/hr, strongest in exposed coastal areas.

AA Roadwatch also report that care is needed around the Sally Gap with icy conditions reported there. However, the Wicklow Gap is passable.

Customers still without power can check ESB Networks Powercheck app, to see if their outage has been identified and logged. The twitter feed @ESBNetworks will be supplied with live information as it is received.

Wednesday’s storm was one of the strongest to hit the country with mean wind speeds reaching hurricane-force levels not seen since Hurricane Debbie in 1961. The above video shows the  storm move across the country. 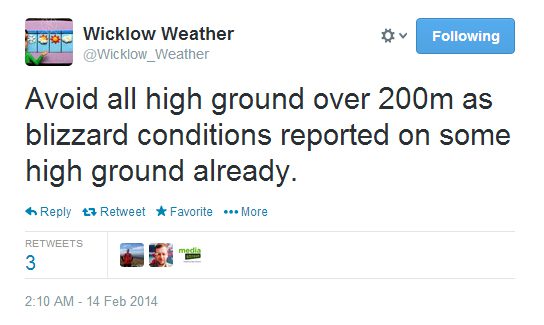