Arklow man’s trip of a lifetime comes to an end 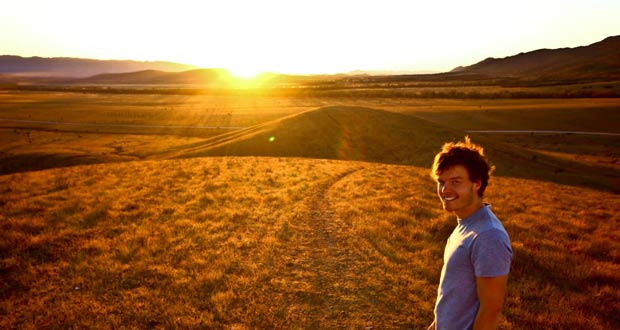 226
SHARES
ShareTweetSubscribe to our Newsletter

“When I was eight-years-old I got lost on my local beach. I was exploring; on an adventure. But when I got home, my mother wasn’t too pleased. I got in so much trouble. But ever since then, I’ve always wanted to be in motion.”

It was these opening sentences, coupled with a thirty second video, which sent everything snowballing for Wicklow native Allan Dixon. 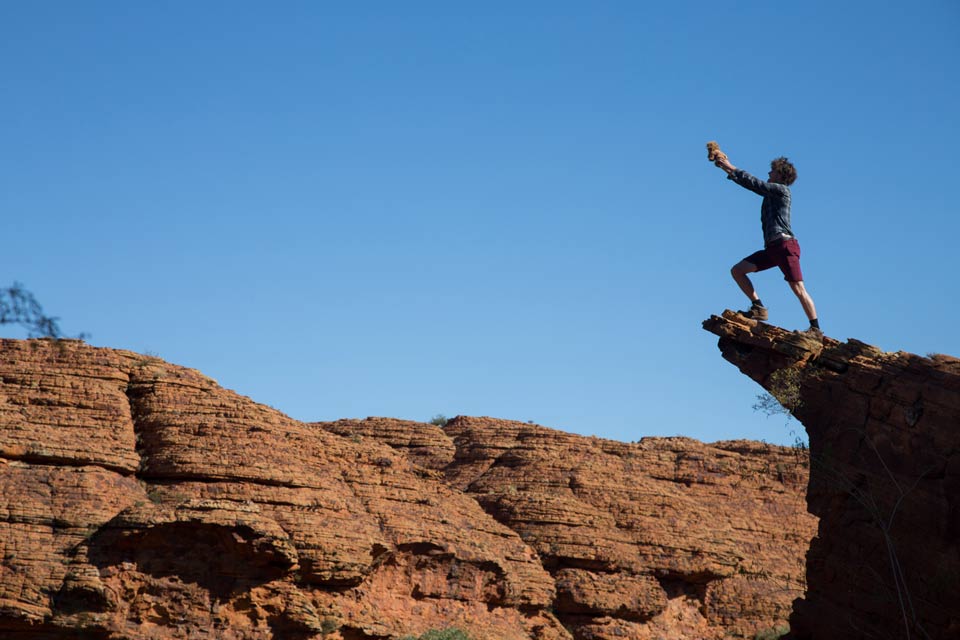 Allan, the proud winner of Tourism Australia’s Best Job in the World competition, held the impressive job title of the Northern Territory’s Outback Adventurer in Australia — on a pretty hefty salary of $100,000 (€70,000).

Allan has always lived on a diet of spontaneity and optimism. Back home, he was known as the guy who booked a one-way ticket out of the blue, only to return months later with incredible stories and unreal video footage of his adventures.

It was this sheer eagerness and motivation made Allan stand out among the 600,000 other entries from all over the world.

The 27-year-old film enthusiast uploaded his video entry to YouTube, and within three months, was jetting off to Oz for a six-month once-in -lifetime opportunity.

To gather support for his progression in the competition Allan upped his presence on social media and attracted the attention and backing of high-profile celebrities like fellow adventurer Bear Grylls.

“It’s kind of funny being given an official job title with the word ‘adventurer’ in it,” Dixon said. “As Outback Adventurer for Tourism Australia I’ve been given the task of going around to all the events, festivals, national parks, tours, hikes and all-round awesome stuff to do in the Northern Territory. A pretty sweet job.” 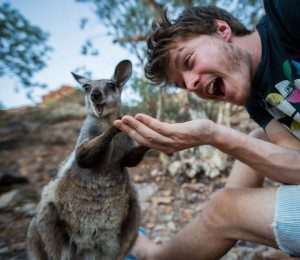 Allan has been paid to explore the Australian Outback, with the task of showcasing the country to Europe. Allan is encouraging young people to take part in working holiday visas in Australia and with fresh eyes has documented, blogged and promoted Oz through social media.

“Imagine someone giving you an all-access-pass to a concert. That’s what it’s like, but a pass for a country,” says Allan. His adventure started at the tip of Australia in Darwin. Over the past six months, he’s driven over eight thousand kilometres down the country through cities, deserts and wet plains, and he’s still going!

“I’ve met so many great people, learned so much about the culture and their way of living and learned first-hand that pretty much every animal in Australia is out to get you!”

Allan’s accounts of being out in the outback, with nothing but nature, a camera and a 4×4 as his companions is enough to turn anyone green with envy.

“I love exploring and going to places that are untouched. Every corner you turn here is jaw-dropping.

“When you get to places like this you forget your busy life and all you can do is just sit back and smile because it’s so good. The feeling of being so remote and back with nature is inspiring. No phone signal, not even a radio station.”

Allan’s trip has inspired him to take life by the scruff of the neck and he hopes others will too.

“It’s time for some new horizons,” he said. “Get outside more. Get out of your comfort zone and do what actually makes you happy. I’m on a little quest to shape my life around what I love to do. 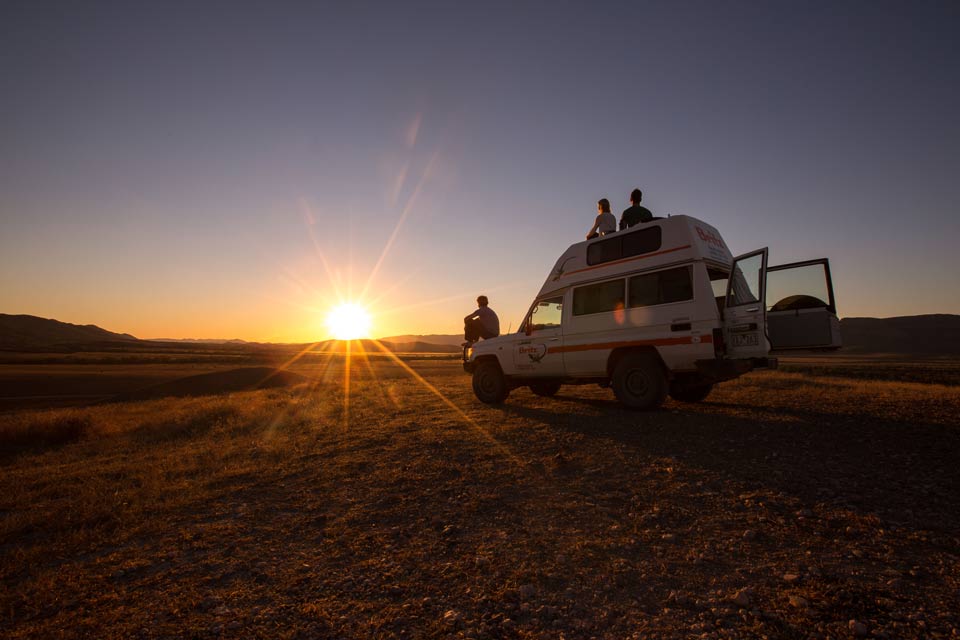 “I think everyone can reach it, but you have to crawl your way to get it. It can’t happen overnight.

“There are so many people out there who want the same thing and the best way to get there is by collaborating with everyone. It’s time to help people and in turn it’ll help you.” 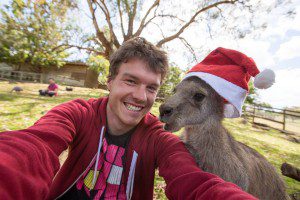 Since his trip began six months ago, Allan has been ticking item after item off his bucket list. It’s all been a blur of amazing moments for him. He has witnessed nature’s own giant amphitheatre that is Finke Gorge National Park. He has experienced nature’s unrolling of a masterpiece that is Ayer’s Rock’s sunrise. He has snorkelled in the Great Barrier Reef, trained as a cameleer, been immersed with five-metre crocodiles and taken part in a helicopter pub crawl.

“I’m very grateful I was picked. For the last ten years I’ve been producing homemade videos just for the fun of it. I got better overtime and I guess people started taking notice. This opportunity really opened my eyes to what’s possible by just creating a video.” 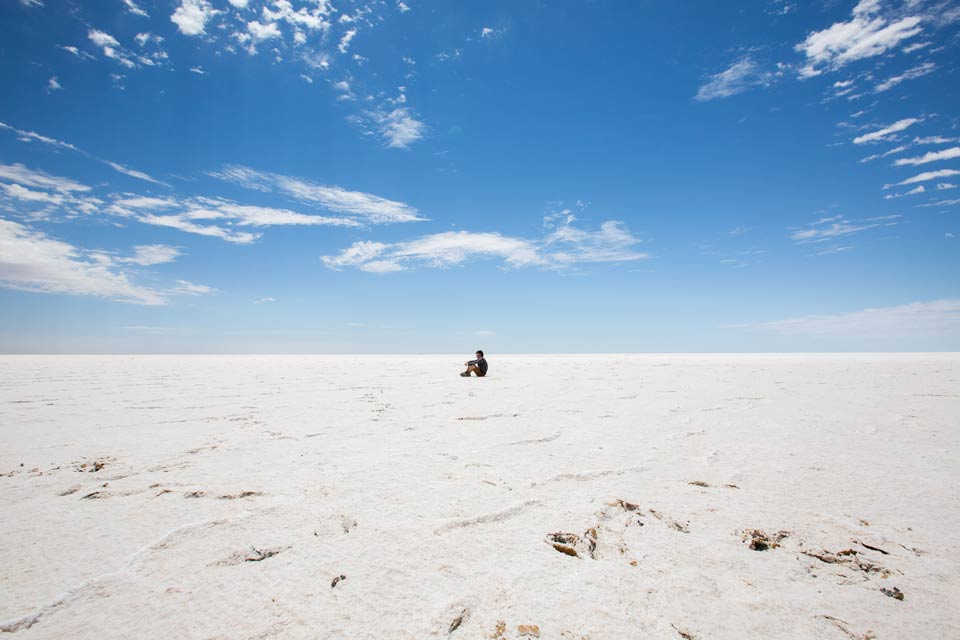 This is certainly not the last we’ll be seeing of Allan anytime soon. This experience has opened doors from the Arklow man and there are projects lined up for him on his return to Ireland and he is even in talks with Sony Entertainment.

“I’m going to come back to Ireland and relax with my family and friends for a while. I’ve a lot of catching up to do. I wouldn’t be here if it wasn’t for them so I’ve a lot of gifts to bring back! I’ll continue travelling but I just have to soak in the last six months. It really has been an amazing journey.”

Keelin Riley is a freelance journalist based in Wicklow.

250 jobs for Arklow in joint initiative by SSE and Echelon