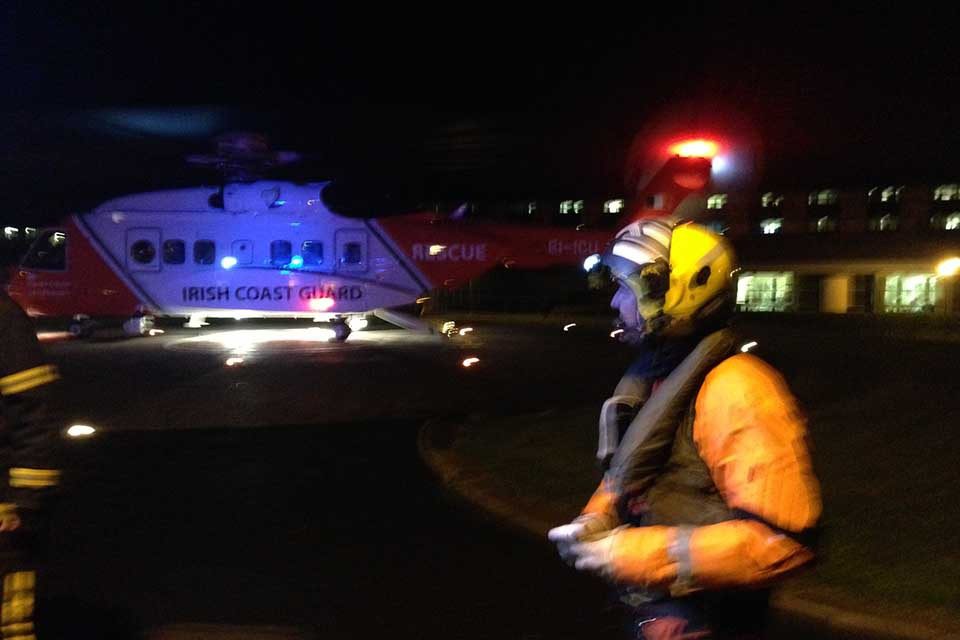 On Sunday, February 9th, shortly after 7pm, the Glen of Imaal Red Cross Mountain Rescue Team and the Dublin & Wicklow Mountain Rescue Team were sent to the aid of a man in his 50’s who had been injured while in the Slieveboy close to Ballinguile, Rathdangan where he had been travelling by quad bike.

Mountain Rescue personnel assisted a medic from the HSE in treating the injured man at the scene. As Rescue 116 was unavailable Rescue 117 from Waterford was tasked to airlift and transport him to Tallaght hospital for further treatment.

The incident was stood down at 9.02pm.