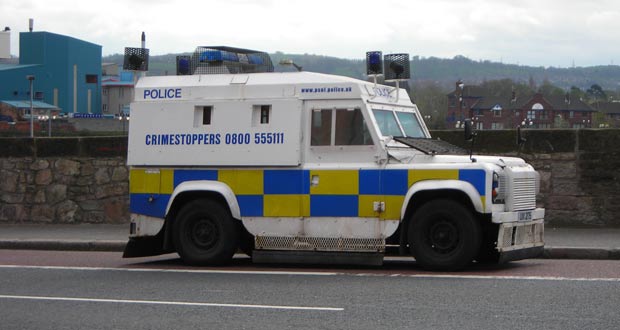 A pipe bomb has detonated at the venue for tomorrow’s Allianz National Football League clash between Wicklow and Antrim.

The explosive device went off last night at the grounds of Ahoghill GAA club in Antrim causing minor damage and breaking a window.

The remains of the device were removed from the scene this morning by PSNI officers for examination.

Tomorrow’s game will still go ahead despite the incident.

A spokesman for the club told UTV: “It was discovered at 10.30am this morning by club members who arrived to carry out work at the pitch.

“They found the remains of a device and saw the broken windows.”

“An attack on any community facility in particular one that has a significant youth provision is shameful and reprehensible. The GAA is remains committed to the development of a shared future based on the principles of tolerance and respect and we will continue to engage in dialogue right across the community to enhance good relations and tolerance,” he added.

[Tweet “A pipe bomb has detonated at the venue for tomorrow’s intercounty match between Wicklow and Antrim.”]