The aftermath of the storm 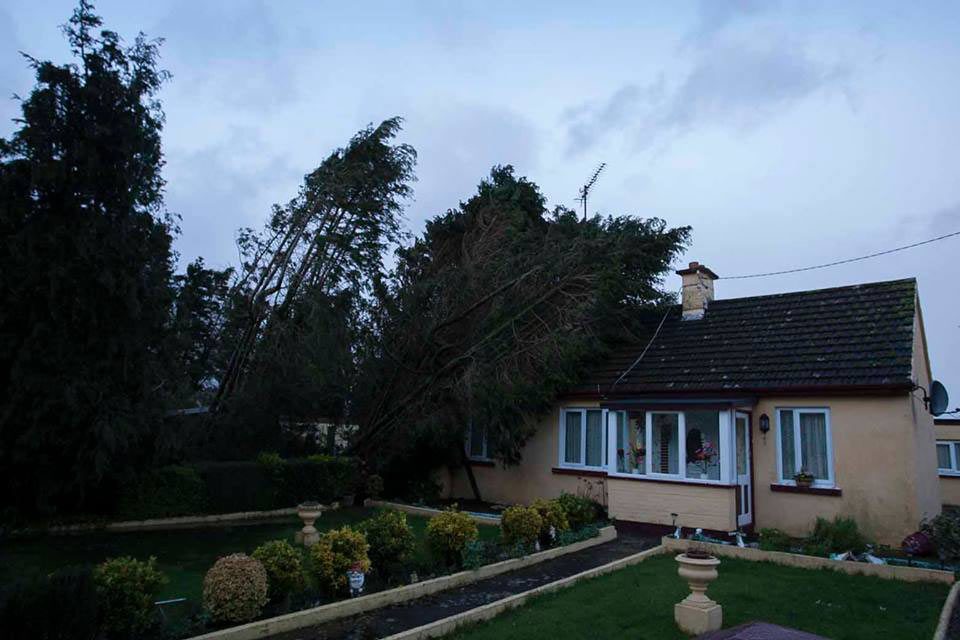 A tree falls on a house south of Arklow

A huge clean-up is underway following last night’s storm which wreaked havoc on many parts of the country.

Many roads in Wicklow were blocked by fallen trees last night including the N11 between the Tap and the Beehive and at the Glen of the Downs. Thornhill Road, Bray, remains blocked this morning by a fallen tree.

Many roads remain affected by fallen branches and debris today as well as black ice and motorists are being advised to drive with caution. AA Roadwatch say it very icy around Ballinaclash and Rathdrum.

The Wicklow and Sally Gaps are described as impassable because of snow and ice and motorists are strongly advised to avoid the area.

Meanwhile, ESB crews are still working to restore power to 200,000 homes across the country.

The ESB has warned some customers to make preparations for being without power for a number of days.

The Glendalough Hotel yesterday invited people from the Rathdrum, Laragh and Glendalough area who were affected by power cuts to come to Hotel for shelter and refreshments during the storm.

Met Eireann says conditions today will improve significantly on yesterday but heavy showers will remain in the west of the country. 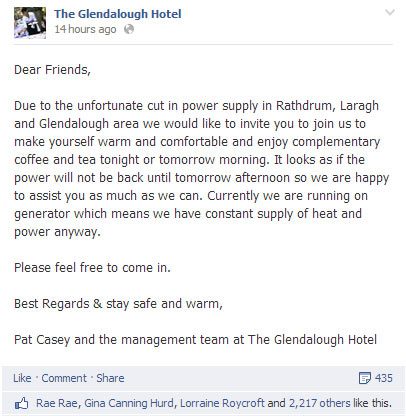 The Glendalough Hotel offers shelter to residents affected by the storm.