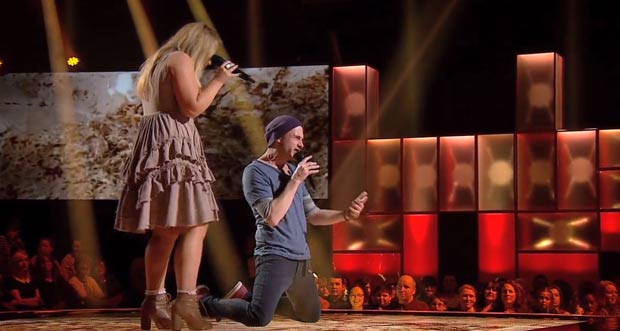 Arklow native John Hogan Junior is through to the next round of The Voice of Ireland after impressing on tonight’s battle stage.

John was up against Nella Dwyer, who was crowded out at times by the Wicklow man’s presence on stage.

The pair sung REM’s Losing my Religion with John bringing his own characteristic style to the number, getting down on his knees midway through the performance.

John has now made it through to the live shows which kick off on March 16 and will be hosted live from the Helix by Kathryn Thomas.

@rtethevoice Well battles are over and Im delighted to be heading for the live shows! Fair play to @NellaDwyer..cudda gone either way!!

250 jobs for Arklow in joint initiative by SSE and Echelon