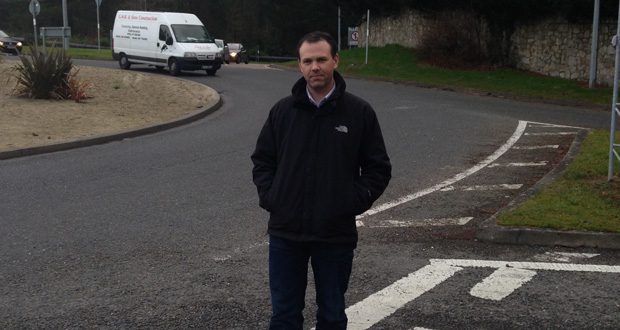 182
SHARES
ShareTweetSubscribe to our Newsletter

Wicklow County Councillor John Brady has been served with an eviction notice by Bray Town Council.

Cllr Brady claims an eviction notice was hand-delivered to the Bray council house in which he lives with his wife and five children because of work he did on it ten years ago.

Brady says he has until April 23 to move out of the house that he has lived in for the past 13 years.

According to a statement on the councillor’s Facebook page, Bray Town Council are evicting the Brady family for work that was done on the house ten years ago.

“We done work ten years ago that they said they hadn’t the money to do. Tough when you see drug dealing and antisocial behaviour going on in some houses and estates and the council turning a blind eye to it.”

A statement released by the council today read: “Bray Town Council has a policy of not commenting publicly about personal housing issues, which are raised in the media by individual applicants or tenants.”

The council also refuted claims that the eviction was politically motivated stating: “Claims made by Councillor Brady that ‘an eviction notice served this week on Councillor Brady is related to his activities regarding the two dead firefighters’ are untrue and without foundation and are considered defamatory of Bray Town Council and its staff.”

The council went on to say that it is “constrained by Data Protection Legislation in adequately responding to these claims without the permission of our tenant.”