166
SHARES
ShareTweetSubscribe to our Newsletter

Up to 100 long-term unemployed people in Wicklow are to be put to work by the council as part of the new Gateways scheme.

Participants on the scheme will earn a minimum €208 per week — an extra €20 on top of their unemployment benefits — and will work on average 19.5 hours a week for 22 months.

The Department of the Environment confirmed that anyone who refuses a placement can have their dole cut or stopped.

Participants are selected at random by the Department of Social Protection from a list of people in receipt of Jobseeker’s payment for 24 months or more.

The types of roles on offer include: village enhancement schemes, landscaping, working in libraries and the control of animals.

Fine Gael Councillor Derek Mitchell welcomed the scheme. “There is much work to be done and it makes sense to get unemployed people back into work,” he said. “I am disappointed that Sinn Fein’s Cllr John Brady opposed the scheme at the meeting.”

Cllr Brady described the initiative as “slave labour”, saying it was an “attempt to artificially reduce the unemployment figures”.

“Gateway is in effect a scheme which entails 22 months of hard labour for a measly €20 top-up. This scheme will do nothing to improve local services which are being cut due to lack of funding and a recruitment embargo,” Cllr Brady said.

“There is no up-skilling or training for those that are selected to partake in the scheme and it won’t enhance the prospects of them getting a job at the end of the 22 months.

“How does it benefit a college graduate who will be put to work cleaning road traffic signs or sweeping the road?” 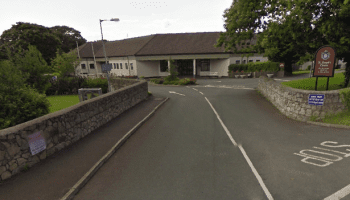