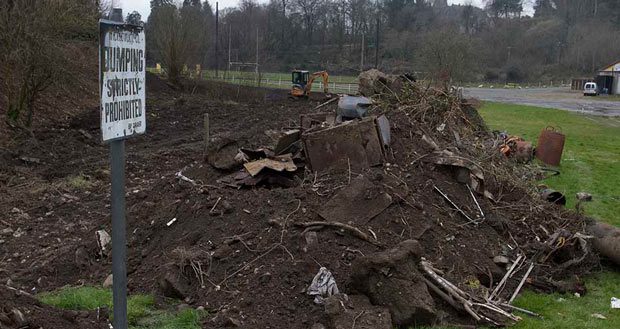 Residents of the Woodview Park estate in Avoca are up in arms after several tonnes of rubble, soil and debris was dumped on a green area outside their homes.

A neighbouring resident, who does not live on the estate but shares a border with the green area, hired a mini digger to clear his adjoining land and dumped the resulting rubble over the fence and onto the estate’s green area. 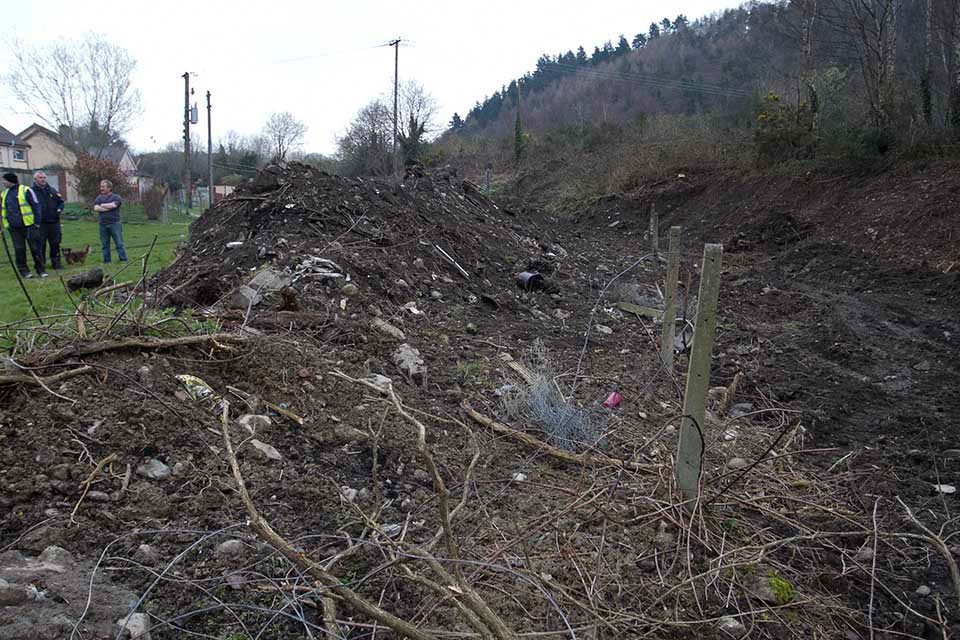 The now-destroyed border fence on the right and the dump several metres inside the council land.

The huge pile was dumped on the council-owned land despite an obvious sign prohibiting the act.

Residents have called on Wicklow County Council to take firm action over the dumping, which occurred metres from their back doors.

Residents are also concerned about an 12-foot asbestos pipe which was unearthed during the excavation and is now lying exposed.

The green area in question was carefully restored by residents of the estate four years ago, converting it from wasteland to an area for local children to play.

Locals have been left furious at their neighbour who tore through the bordering fence when the work began yesterday.

“He just has no respect for anyone who lives on the estate,” one local said. “He thinks he’s better than all of us and simply doesn’t care. It’s disgraceful.”

Council officials have been informed of the dumping and the site was visited by an environmental officer earlier today. 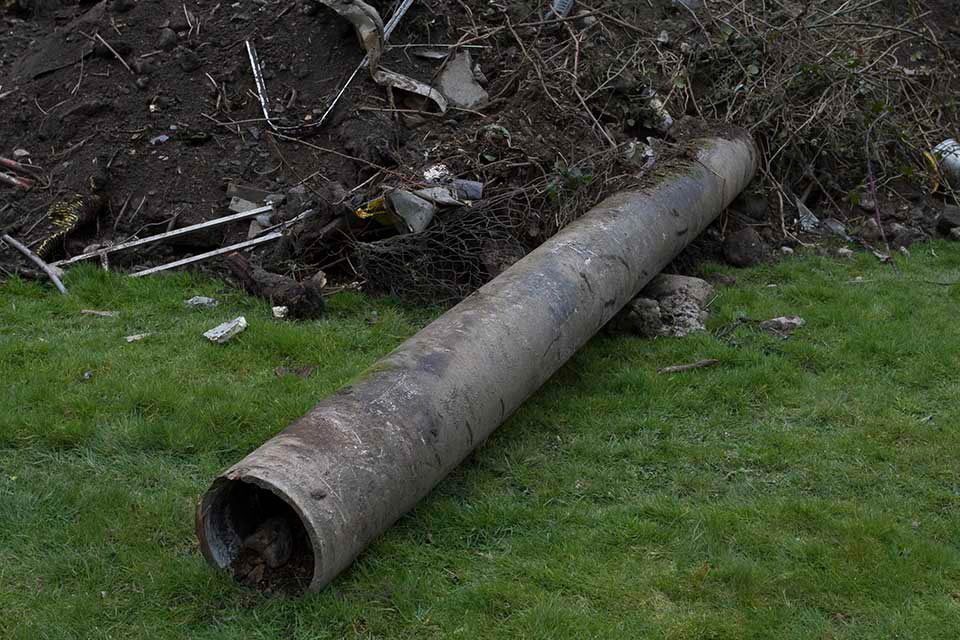