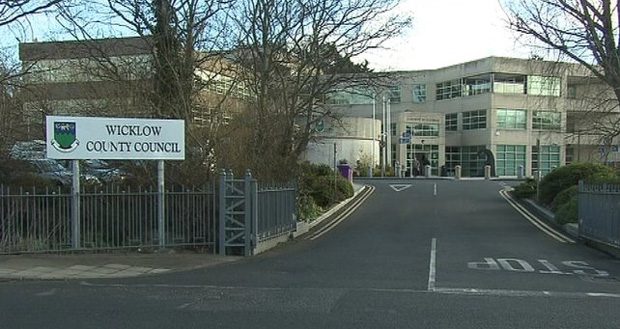 217
SHARES
ShareTweetSubscribe to our Newsletter

Lawyers for Wicklow County Council have called into question the credibility of a Garda forensic investigation that was carried out at the scene of a 2007 fire in Bray that claimed the lives of two firefighters.

In a legal opinion read out at today’s special sitting of the council, barrister Luan Ó’Braonáin SC stated: “It seems to me that the Garda and HSA [Health and Safety Authority] forensic examinations of the scene will not be capable of being credibly described as ‘full’.”

The council met this morning to discuss the inquest into the deaths of Brian Murray and Mark O’Shaughnessy, at which evidence the council was relying upon was dramatically called into question last week.

The presentation of the legal document provoked a heated debate in the chamber, with Baltinglass Councillor Thomas Cullen describing it as an “outrageous attack on the integrity of the Garda Síochána.”

Bray Councillor John Brady was similarly incensed and said the document was “a damning indictment of the gardai” that was read out in an attempt to “muddy the waters”.

Councillors were then given a ten-minute recess with which to read over the three-page document.

Upon returning from the break, Cathaoirleach Jimmy O’Shaughnessy then proposed a vote to adjourn the meeting entirely.

“In view of the legal advice that’s there,” he said, “it might be as well, to cover ourselves, to have a vote to see if you want to go ahead with the meeting.”

This once again drew a sharp response from Cllrs Cullen and Brady, who described the chairman’s proposal as an attempt to muzzle debate on the matter.

After another heated ten-minute exchange, Cllr Barry Nevin put forward a second proposal calling on councillors to request that the gardai carry out an immediate investigation to “ascertain if criminal wrongdoing to prevent the course of justice was organised by interference of the crime scene”.

This proposal was then seconded by Cllr Brady.

Shortly thereafter, the chairman’s proposal was seconded by Cllr Pat Vance who said: “If what you are proposing is to adjourn the meeting until the coroner has completed his investigation, then I’m prepared to second that.”

The chairman then called for a second ten-minute adjournment while Cllr Nevin’s lengthy proposal was circulated to those present.

Again, upon returning from the break, the chairman put his proposal to end the meeting to a vote.

The decision to vote on the chairman’s proposal ahead of Cllr Nevin’s caused considerable unrest among certain councillors, with Cllr Tom Fortune describing it as “an absolutely scandalous attack on democracy”.

The chairman responded by saying that Cllr Nevin’s proposal could not be voted on because it was not on the agenda. This was because standing orders state that a motion that is proposed without notice must “deal with urgent business related to a function of the Local Authority” and Cllr Nevin’s did not.

The chairman adjourned the meeting until the second Monday of May.