Pedestrian dies after collision on N11 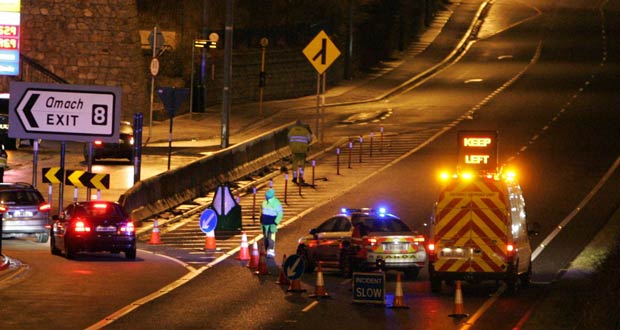 349
SHARES
ShareTweetSubscribe to our Newsletter

A fatal collision has occurred on the N11 at Kilmacanogue on Wednesday evening.

A pedestrian in his late 30’s or early 40’s was fatally injured when he was struck by a car.

The incident occurred before 8pm on the northbound lane between junction seven and junction eight.

The female driver of the car was taken by ambulance to St Vincents hospital. Her condition is not yet known.

Fire and ambulance crews attended the scene while gardai cordoned off a mile-long stretch of the motorway.

Anyone who was in the area or who has any information about the incident is asked to contact Bray Garda station on 01 6665300.