Gerry Collins, the Greystones man who appeared in the HSE’s anti-smoking ads, has died.

The 57-year-old died in his sleep, surrounded by his family on Sunday morning.

The father-of-three appeared in a hard-hitting video as part of the QUIT campaign where he talked about his terminal illness.

After surviving throat cancer as a result of smoking 60 cigarettes a day, Mr Collins was diagnosed with terminal lung cancer last summer and was told he had eight months to live.

The Collins family allowed the HSE to film them over several days to create Gerry’s emotional video in which he encouraged others to stop smoking.

This week, from Ash Wednesday on March 5th, two new adverts featuring Gerry and his family were due to be aired.  In the new adverts he shares more of his story and his thoughts about smoking, his terminal illness, and his gratitude for his family and friends.

He ends these ads with a simple appeal to smokers -“Don’t smoke, don’t start, and if you have, stop.”

The Collins family have decided that these adverts should be aired as planned this week, in accordance with Gerry’s wishes.

His daughter Lisa posted a short message on Facebook: “Our Dad, Gerry Collins, passed away this morning peacefully in his sleep and a ‘happy man’.” 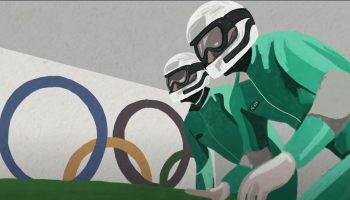