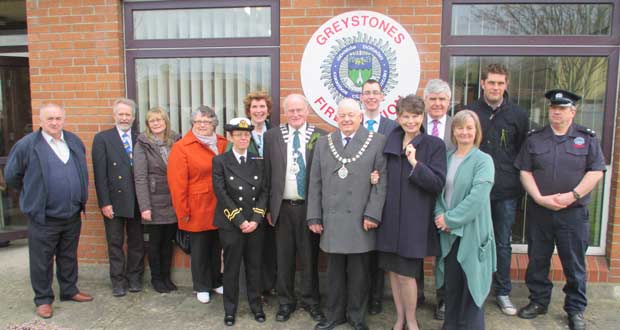 The good weather brought out the festive atmosphere in Greystones for the annual St. Patrick’s Day parade.  The streets were thronged as the clubs,  groups,  bands and businesses made their way up Church Road through the centre of the town.

This year, the last parade under the banner of Greystones Town Council as town councils have been abolished,  was particularly colourful and full of music with four bands helping to entertain the crowds.

Also enjoying the festivities was a group from Holyhead, Greystones’ twinning partners, led by Mayor Ron Williams.  The Holyhead group included representatives from Holyhead Sea Cadets who later presented Deputy Mayor Cllr Chris Maloney for Greystones Town Council an impressive framed photograph of the Wicklow Mountains as seen from Holyhead.   A similar photograph was presented to Cllr. Kathleen Kelleher for her work with the twinning process.  The visitors were especially impressed with the wide variety of groups that participate in the life of the town.

Cllr. Kathleen Kelleher said: “Great tribute must be paid to all the adults in the town who support the various clubs and youth groups.  Their dedication to our youth cannot be overstated.  These adults work very hard to help our young people grow and develop and they deserve our thanks.”

Special thanks to all who worked so hard in the previous months planning the parade and to all who helped out with the practical work on the day.

Much appreciation to the parade sponsors.  There would be no parade without them:  Jim Wood,  Heaton’s,  Sisk,  Mrs. Robinson’s, Tesco Greystones,  Pineto,  Joker’s, Centra Greystones,  AIB,  Greystones Credit Union. 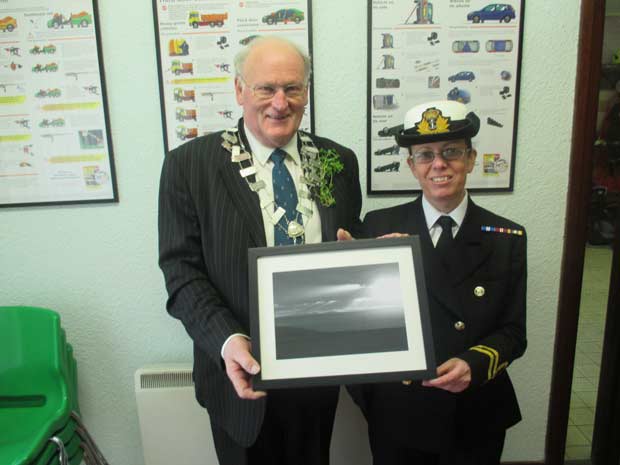 Due to popular demand Cllr. Neary will be handing out more Bee Route Starter Packs in Greystones this weekend 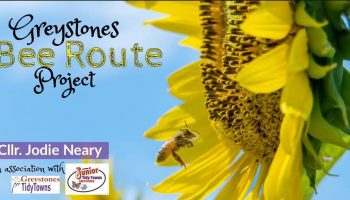 Notice from Irish Water for the Greystones Municipal District