Gardai have arrested two men in connection with the attempted armed raid of a post office in Enniskerry.

The incident took place at around 2.45pm yesterday.

The escaped empty-handed and were arrested a short  time later not far from the post office.

The men are being held at Bray Garda Station under Section 4 of the Criminal Justice Act, 1984 and have been charged.

Both men will appear in court later today. 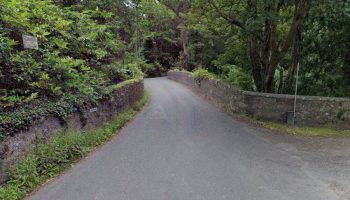 Bridge in Enniskerry expected to be renamed after Henry Grattan