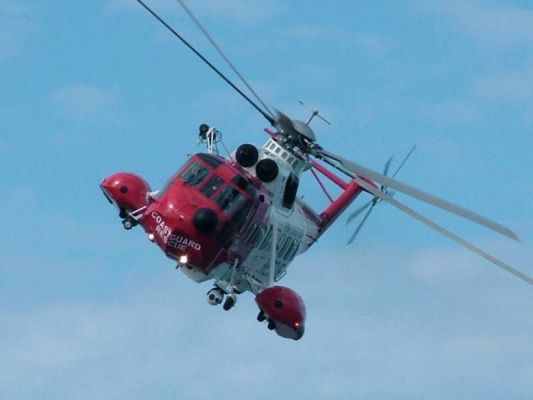 On Thursday, May 15th at approx 12.41 both the Glen of Imaal Red Cross Mountain Rescue Team and the Dublin & Wicklow Mountain Rescue Team were tasked by An Garda Siochana to come to the aid of a 16 year old girl who had had fallen and sustained a lower leg injury while descending Kanturk Mountain. The girl was part of a youth group who were out walking when the accident happened.

The Coast Guard Helicopter R116 was also tasked to the scene.

Mountain Rescue personnel assembled at Glenmacnass Waterfall car park. Some members were air-lifted to assist the Coast Guard winchman with the casualty and also assisted with the highline lift of the injured girl. She was then transported to hospital for further treatment.

Mountain Rescue would like to thank all agencies involved including: Irish Coast Guard