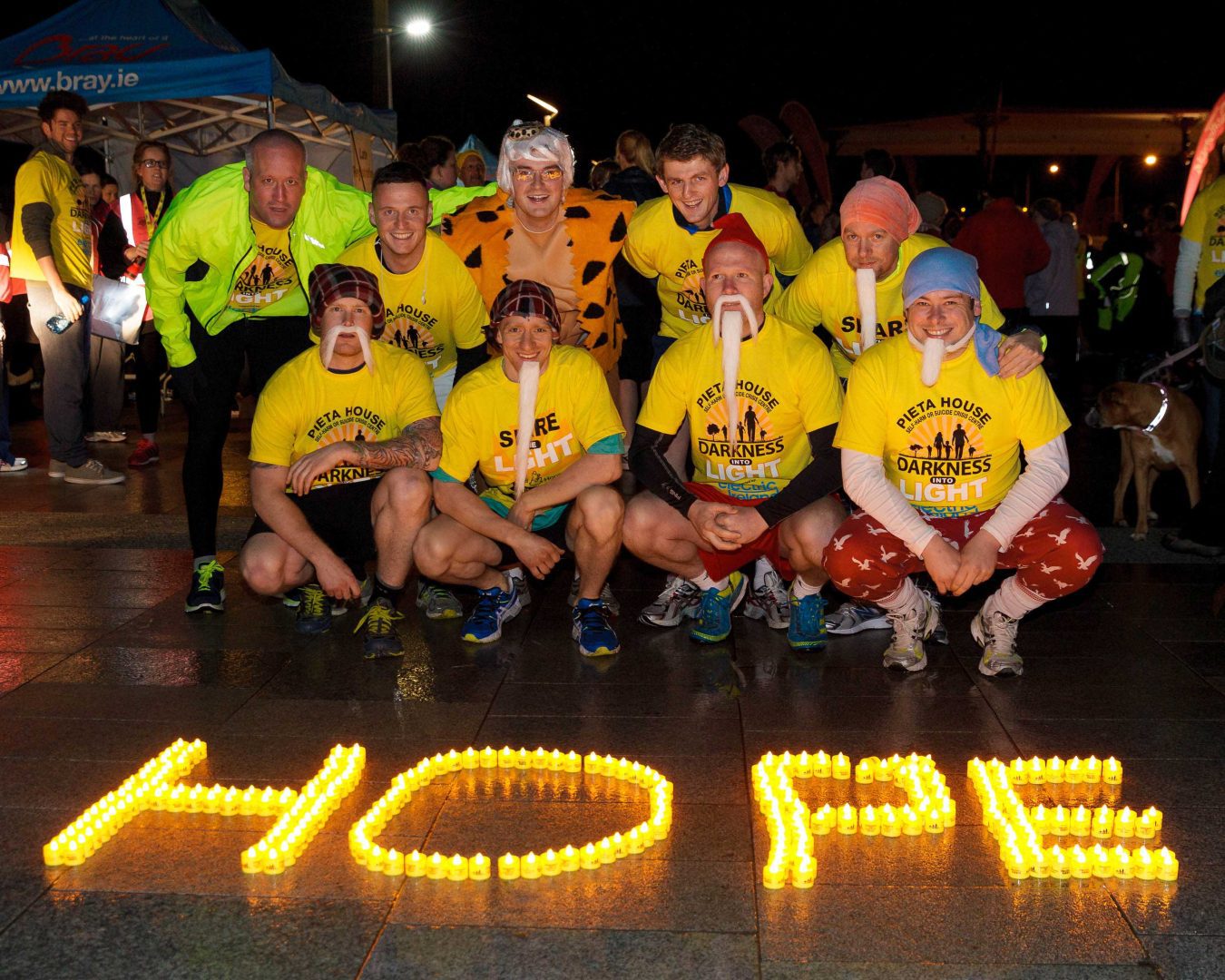 Suicide and self-harm charity Pieta House’s annual Darkness into Light fundraising event with Electric Ireland got underway at 4.15am on Saturday morning, 10th May as an estimated 80,000 people turned out for dawn walks at 37 locations across the country and 2 venues overseas.

Crowds of families, friends, school children, work colleagues and even dogs walked and ran a 5km route in locations from Cork City to Letterkenny and from Galway City to Bray, in solidarity with those who had lost loved ones to suicide. With twice as many participants as last year registration for several venues, including the flagship event in the Phoenix Park, closed days beforehand as they reached maximum capacity.

This was the first year for the Irish diaspora to get involved with events in London and Sydney attracting thousands of participants. Organisations in New York and Boston have already expressed interest in hosting Darkness into Light next year.

“I can’t believe the huge numbers that have turned out this morning to support our cause,” said Joan Freeman, founder and CEO of Pieta House. “It’s a testament to how far we’ve come as a society – suicide is no longer something we fearfully brush under the carpet. Let the thousands of people gathered in towns and cities all over this country send a strong message to our government: the people of Ireland are serious about tackling suicide and we need action now,” she said.

The theme for this year’s Darkness into Light was ‘Mind Our Men’. Because men are four times more likely than women to take their own lives, participants were encouraged to bring a male friend or family member with them on the walk. Dublin GAA responded to this call with the entire Dublin football team taking part in the Malahide event.

Speaking at the Phoenix Park, Jim Dollard, Executive Director of Electric Ireland, said: “We’re very proud to be part of Darkness into Light for the second year running and to support Pieta House once more. There’s no doubt that this event has captured the imagination of Irish people at home and abroad. No more so than in Electric Ireland where a large number of our staff walked with thousands of other people in venues across the country this morning.”

Darkness into Light has grown phenomenally over the years, from 200 people walking in the Phoenix Park in 2009 to 80,000 people taking part across the country and overseas today. As Pieta House receives less than 15% of its income from the state, the success of Darkness into Light is essential to ensure that the service can continue to expand and thrive.

Since last year’s event, Pieta House has opened three new suicide and self-harm crisis centres in counties Cork, Galway and Kerry. Demand for the service is always on the rise, and figures from 2013 show that 3,919 people sought help last year, up from 2,736 in 2012. For more information, visit www.pieta.ie.