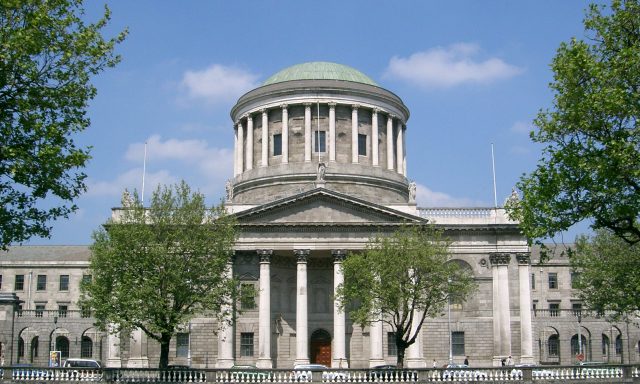 Tim Healy of the Irish Independent reports on an 18-year-old woman who is deaf after contracting meningitis when she was a baby has secured €5m in a High Court settlement.

Laura Kavanagh’s settlement against two GPs was without admission of liability.

Her counsel told the court that if she had been admitted early to hospital when she became ill at 13 months old, it was expected she would not have developed meningitis.

Ms Kavanagh, who is deaf, communicates through sign language and some lip reading, and has a moderate intellectual disability, the court was told.

Through her mother Simone Kavanagh, Mountainview Drive, Newtownmountkennedy, she sued Dr Paul Crean and Dr Frank Malone who have a surgery at Whitfield, Church Road, Greystones.

It was claimed there was an alleged failure to ensure proper care and continuity of care and a failure to attend her in good time.

This was particularly in view of the known symptoms and the concerns expressed by Dr Malone in his telephone conversation with the baby’s mother.

It was also alleged there was a failure by Dr Crean to diagnose she was suffering with meningitis or alternatively an alleged failure to attach due weight or concern to the baby’s condition and symptoms.

The claims were denied and the settlement was without admission of liability.

Her mother Simone told the court the family had “been in hell and back”.

“When Laura became sick, a part of me died. We can’t have a conversation. I thought it was a bowel infection,” she said.

Her counsel, Bruce Antoniotti, said Laura had developed normally as a baby.

On January 29, 1998, she became ill with a high temperature, was lethargic and had severe fatigue

Her mother, Simone, rang Dr Malone and he asked if the baby had a rash and to watch for it.

When her daughter’s condition worsened, she rang again and spoke to Dr Crean.

Counsel said the doctor was told of the child’s high temperature and that light appeared to be hurting her eyes.

The doctor, who was told by the mother she had no transport to get to the clinic, agreed to come to the house when he had finished surgery.

Three and a half hours after the call, counsel said, Dr Crean came to the Kavanagh home and diagnosed a bowel infection and left two suppositories.

The child slept and the next day the mother rang the doctor again and was told it would be at least three hours before a doctor could see her.

Counsel said the mother later thought her child had improved and rang to convey that message. The call-out was cancelled.

“That was her lay opinion of the situation. The mother has been blaming herself ever since,” counsel said.

The next day, Laura was no better and had a high pitched scream, counsel said.

A doctor on call at the GP practice had the baby admitted to hospital immediately where she was found to have severe meningitis.

Approving the settlement yesterday, Ms Justice Mary Irvine said money would never give Laura the life she was meant to have.