The changing face of Wicklow politics 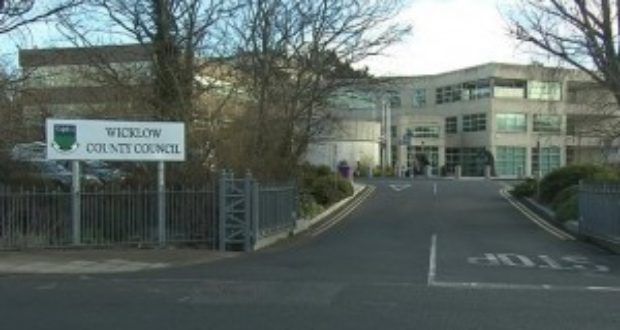 The headline in yesterday’s Wicklow Times probably summed up the recent local elections beautifully ‘Sinndependance’ has arrived they said.

That headline might have been a bit strong but what is clear is that when the newly elected councillors  reconvene for the first time since the election, they will be returning to a very different council chamber. 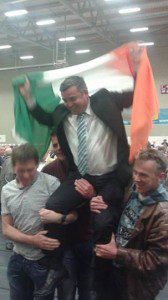 John Snell celebrates after topping the poll in Wicklow

It became apparent  from early Saturday morning that the winds of change were blowing around the county. Three new candidates, Pat Kennedy, Daire Nolan and Jennifer Whitmore were all polling extremely well.

Whitmore’s performance was quite staggering.  She pulled in 2,328 first preference votes in the Greystones area, a very impressive performance for her first time.

Kennedy’s performance was also impressive, he pulled in 1,552 first preference votes and he beat Jimmy O’ Shaughnessy nearly 3-1 in the Rathdrum area.

Sinn Fein will enter the new council with six seats.  John Snell and John Brady both topped the poll and such was Brady’s success, he was able to pull in Oliver O’Brien as well.

The party’s biggest success was probably in West Wicklow though, were they returned their first ever councillior in the area in the shape of Gerry O’Neill who pulled in 1,541 first preference votes and was elected on the first count.

Fianna Fail didn’t do half bad either though. In 2009, the secured 4 seats, this time around they returned 7 councillors and secured just under 20% of the vote, level with Fine Gael.

The biggest losers was without question Labour, just like in the rest of the country, they were wiped out in Wicklow.

In 2009, they returned six councillors, this time around they returned none. There candidates managed to secure a combined total of just 3 %. A far cry from the days when Liam Kavanagh and Jimmy O’ Shaughnessy were regular poll toppers.

The face of Wicklow politics has changed.