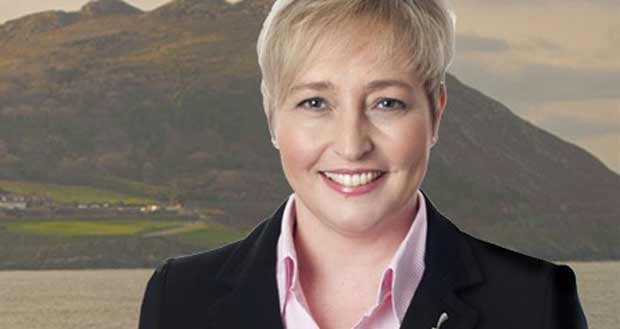 Councillor Sarah Wray has raised the possibility that the Southern Cross Road in Bray be renamed. This would take advantage of a commitment in the Fine Gael Local Election Manifesto to make it easier for residents to change the name of a street or locality by a simple majority of the registered electors. “Clearly we will need to see the details of how this will work in practice and consider all of the issues it raises but in principal I would like to see it happen” said Councillor Wray. The proposal is part of a wider five point action plan for the Southern Cross Road and environs announced by Councillor Wray.

Councillor Wray, who lives in Deepdales on the Southern Cross Road, has suggested that the name of the road be changed to Kilruddery Road.

“I first proposed a name change for the Southern Cross five years ago but the mechanisms to make it happen were not there. The Minister for the Environment has now committed to putting a process in place so this is now a real possibility” said Councillor Wray.

Councillor Wray added, “The area has lacked any real sense of identity. The current name was an invention of planners and is somewhat cold and anonymous. I think the area could benefit greatly from an explicit association with the Kilruddery name. It reconnects the area to its rich heritage and history. It is also a name that has become synonymous with an attractive, high quality destination, set against a backdrop of real scenic beauty. This is just one idea of course ultimately the name of the road would be decided by local residents. We will also need to consider the implications for local businesses”.

An integrated transport plan with frequent and reliable links to the town, DART and LUAS and the provision of cycle paths to ensure cyclists of all ages can use the road safely.

Renaming of the road to create an identity for the area more explicitly linked to its heritage and history.