New council have let down voters-Fortune 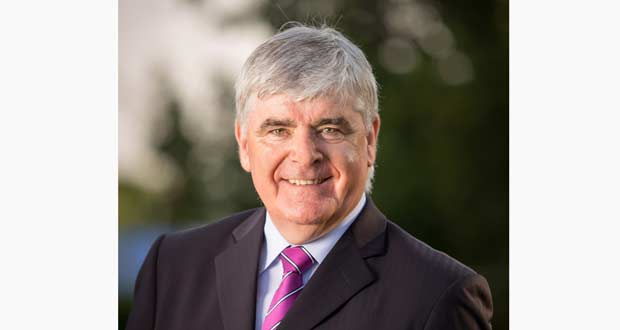 Independent councillor Tom Fortune claims the majority of the newly elected county council have gave two fingers to the voters of Wicklow.

Reflecting after the council AGM, the first thing I would say nothing has changed despite what the voting public mandated at our local elections just over a week ago.

The control of the council is as it has been for many years. There was a real opportunity to change/reform how council functions, this was ignored despite the mandate from the voters for it.

Key decision making roles are again under the control of “ the inner sanctum” Chair, Vice chair, Chairs of SPC’s (with the exception of one SPC chair, I believe this was ALLOWED tactically ).

This group in conjunction with key executives i.e. county manager and some directors form the corporate policy group and therefore control the council.

The extended section of “the inner sanctum “ act then like backbenchers in the DAIL. The rest of mere mortals are then the opposition and considered mavericks ect,ect , WHEN WHAT WE REALLY ARE IS THE VOICE OF THE PEOPLE, especially coming out of this recent election.

What went on for 7 days before the AGM was in a word so unfair, there are other words I could use, especially to new councillors. Some of them were shocked with what they experienced, the games, the pretence, lack of democracy ,the speaking out of both sides of mouths at the same time.

It was worse this time then what I have experienced before. I BELIEVE it was to block any real change happening and to ensure control through the”inner sanctum” ,totally ignoring the will of the voters. This needs to be highlighted and highlighted to force real change.

As of now there is a segment of the council (13) that will challenge what is going on, this is very important for proper democracy . This is a bigger number then ever before, maybe it will get bigger when some councillors reflect on what is going on. This group will just have to force the change the voters want.

What happened last Friday was a disgrace, it was “two fingers” to democracy ( the body language was we don’t care ,we will do what we like and you can do nothing about it). THE 13 “opposition” have to challenge this and force real change,like SPC’s having real objectives and be accountable, all business carried out in the council chamber, no cute meetings organising things outside council chamber under the pretence”ah sure we will get no business done in the chamber” what they are really saying is we will not be able to things done in the chamber in the way we see the the world”. We need full and proper minutes of all meetings, we need ACCOUNTABLY and TRANSPARENCY.

THE AGM OF WICKLOW COUNTY COUNCIL 6th JUNE 2014 WAS A GREAT EXAMPLE OF ALL THAT IS WRONG WITH POLITICS AND DEMONSTRATED WHY THE PUBLIC AT LARGE ARE TOTALLY SWITCHED OFF AT PRESENT.