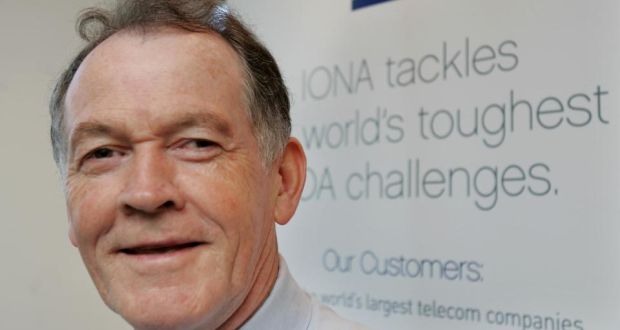 Kevin who was one of Ireland’s most successful business exports, had an outstanding career in the IT Sector having been recently named as one of the most influential voices in the Technology Sector in the US.

Kevin began his career at Digital Equipment Corp, where over a 17 year (1973 to 1989) period he held a number of senior operational positions with his final position been Corporate Vice President there.

Over a 5 year period from 1989 to 1994 at Sun MicroSystems he held the positions of Chief Financial Officer, Executive Vice-President of Operations and President of its Computer Hardware Division.

He was the co founder of Manufacturers Services Ltd (MSL) a leading company in the electronic manufacturing service industry.  Over a 10 year period (1994 to 2003) under his leadership MSL went public in 2000 and grew to be the 6th largest company of its type worldwide with 9,000 employees and 17 plants worldwide.

In 2001 he was awarded the prestigious Ernest & Young 2001 Entrepreneur of the Year Award for Manufacturing Companies in New England.

He was the Managing Director of Boulder Brook Partners LLC which is a private investment company based in Boston.

Kevin was a non executive Chairman of Vette Corporation a privately held provider of thermal management solutions from June 2009 to May 2012.  At the time of this appointment George Dannecker the company CEO wrote that “Kevin brings an impressive track record of success to Vette, his entrepreneurial history in building companies from an early stage into successful global public companies, combined with his leadership skills in operational and strategic areas will prove invaluable to Vette”.

As a non-executive Chairman of Horizon Technologies he directed its floatation on the London and Dublin Stock Exchanges.

Locally Kevin will be remembered by many of his contemporaries who played Gaelic Football with him in Ashford and Rathnew.  He also was a member of the Mayo Senior County Football Team while based there in the early 70’s.  An avid GAA fan, Kevin made sure that he was always able to attend the All Ireland Football Final in Croke Park every September.

Kevin was very much a family man and proud of his local area.  He loved coming home to meet up with all the extended members of his family and the many friends he developed through his interest in sport and the locality while growing up in Ashford.