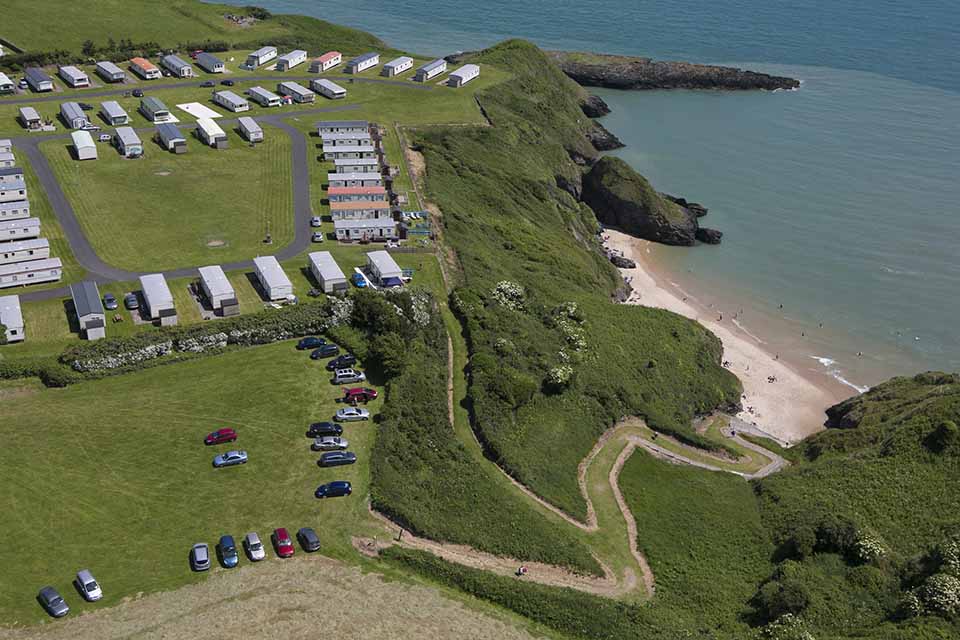 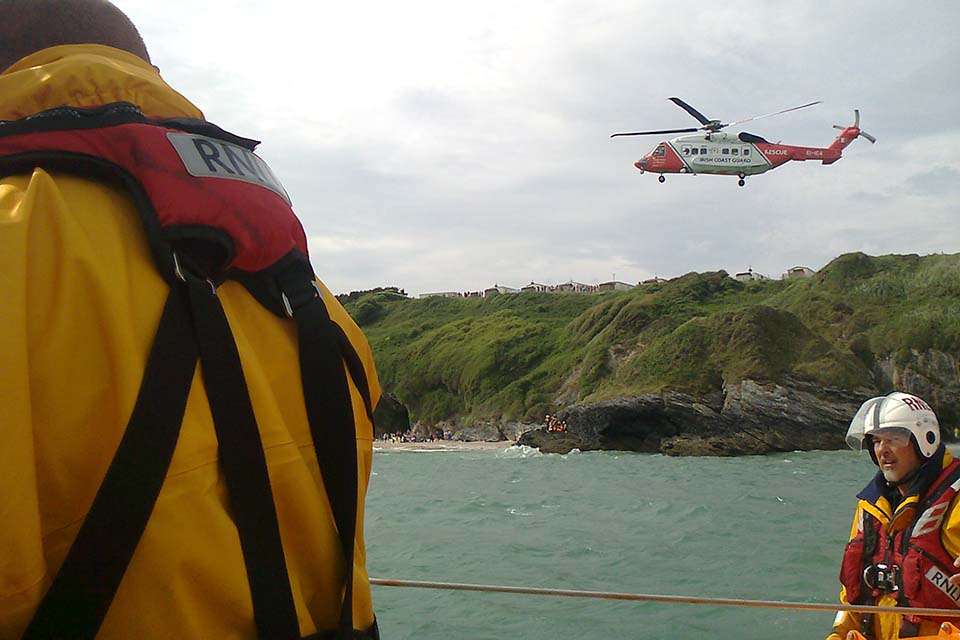 The alarm was raised initially for a woman who was spotted in difficulty in the water and who had been swept into a cave.  This was followed, with the assistance of the Coast Guard Helicopter, by the rescue of two people who had become injured on rocks and needed medical attention. The lifeboat crew were then called on to assist a woman on the beach who had become unwell.

The Wicklow RNLI lifeboats launched at 3.39pm this afternoon to a report of a woman in difficultly in the water at Silver Strand beach, one mile south of Wicklow Head.  The Wicklow inshore lifeboat crew found it difficult to locate the casualty and following a search with help from a member of the public on the shore, the lifeboat crew found the woman at the rear of a cave close to the beach. A crewmember then entered the water and swam into the cave to assist the woman. He placed her in a lifejacket before assisting her from the cave to the waiting inshore lifeboat and the crew started to administer first aid, as she was showing signs of hypothermia. They then transferred the casualty to the all weather lifeboat a short distance away, which returned to the shore and was met by an ambulance.

The inshore lifeboat returned to the area and the volunteer crew was informed that two people who had earlier tried to assist the first casualty had injured themselves on rocks while trying to return to the beach. They also requested the all weather lifeboat to return to the scene and the lifeboat crew began to administer first aid. They were joined on scene by the Dublin Coast Guard helicopter and the two people were winched on-board and taken to hospital.

While returning to the inshore lifeboat a crew member was made aware of a further person who needed assistance after they became unwell following their attempt to go to also go to the aid of the first casualty. Due to the lack of access for an ambulance the Coxswain requested the casualty be transferred by lifeboat and was taken ashore and met by ambulance.

Commenting on the day’s events Wicklow RNLI Lifeboat Operations Manager Des Davitt said, ‘This was an extremely busy afternoon for the lifeboat crew.  What started as a callout to assist one person in trouble turned into a series of events which led to four people needing urgent attention.

It is very easy for people to get themselves into difficulty while they are at the beach and the rescue services are trained and available to deal with these situations.  .

Both the RNLI and the Coast Guard helicopter responded to today’s callout and ensured that the group were brought to safety and seen immediately for medical treatment.’

It has been a black day around the countries coastline following the death of two people in Cork and a man was taken from the water at Duncannon, Co.Wexford at 7pm, his condition is not yet known.