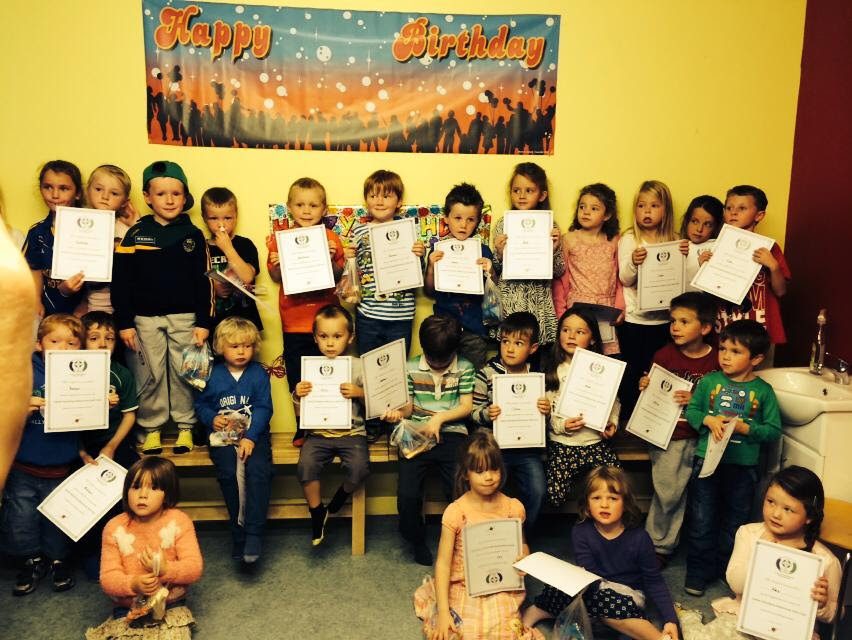 Coaching Courses
There is an Award 1 Child Coaching Course starting on Saturday the 25th of October. The course will be held over four Saturdays in Ballinakill, from 11am to 4:30pm. Day 2: Saturday 8th of November. Day 3: Saturday 29th of November. AGB is covering the cost of the course for AGB Coaches. Please contact your admin to book a place.  This course would be beneficial to Coaches coaching boys and/or girls. Also Wicklow Coaching and Games will be running two online foundation courses which can be currently accessed at GAA Coaching, with a practical session on the 18th of October. For more info contact Paul Garrigan, Wicklow GDA at 083 4366801.

Tesco Tokens
AGB have been chosen to take part in the Tesco Arklow Community Fund. Please collect a ‘Tesco Community Fund Token’ with every shop and deposit in the AGB cylinder. The AGB cylinder is currently awaiting your tokens in Tesco! Please support!

Scór na nÓg
Calling all musicians, singers, actors, dancers!! Join Kathryn from September in Gaelcholáiste na Mara. All interested 6 – 17 year olds should meet from 12pm to 2pm on the 4th Sunday of each month, next one on the 25th of October. Contact Kathryn on 086 8664931. For poster see: Scór na nÓg at www.arklowgaa.com.

Executive Meeting
The next meeting of the Club Executive is on Wednesday 5th November 2014 at 8pm in the GAA offices in Pearse Park.

Table Quiz
AGB Table Quiz in the Old Ship on the 6th of November 2014 at 8pm.  Raffle on the night with some fabulous prizes.  Finger Food also provided on the night! Table of 4 is €20.

Shelbourne Park Social Night
A social night for adult AGB players, managers, admins and members has been organised for Saturday the 15th of November in Shelbourne Park.  Depending on numbers, a bus will be provided from Arklow, free of charge, and finger food will also be provided after the races. Tickets are just €20. Contact Ray Menton, 085 1642221 to book your place and for more information. Shelbourne Park Info at www.igb.ie

AGB AGM
Club AGM has been scheduled for December 5th. More details will follow. Nomination forms are now up on the website at:

Jig Gig
Wicklow had two fantastic representatives in Caoimhe Ní Chonchúir and Muireann Ní Chonchubhair in the Jig Gig on TG4, aired on Sunday the 5th of October. AGB and Wicklow are very proud of ye! Well done girls!

Academy
AGB’s Academy had its last outing for the season on Saturday the 4th of October.  The boys and girls had a great morning in Fun Works.  Thanks to the boys and girls for a great season and thanks to all who helped out on the day. Looking forward to seeing all the boys and girls back in 2015 for more fun at football next season! 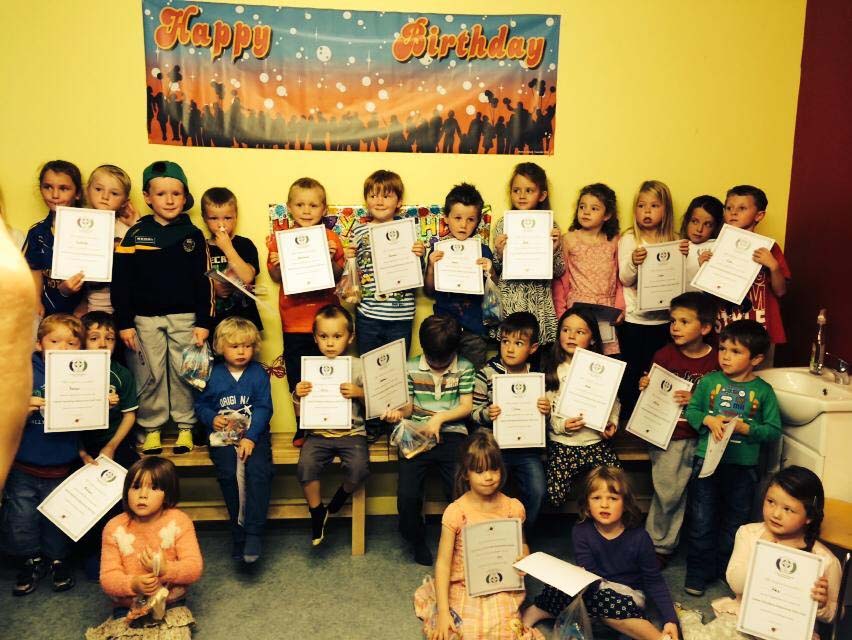 U10 Boys
The U10 boy’s will have their first game in the Indoor Tournament in Castletown on Saturday the 11th of October. Throw in is at 4pm for the first game.

U12 Girls
AGB and Bray Emmets contested the U12 Girls Football Shield Final on Saturday the 4th of October in Ballinakill. AGB and Bray both boasted large panels of committed players determined to do their best on the day. Arklow had a period of dominance in the first half, stunning Bray with goals that eventually proved very costly. In the second-half, Bray showed fantastic heart as they gave a 100% in their endeavors to reel in the 5 point gap. This aspect of the game won them admiration from followers and opponents alike. Two outstanding saves from the Arklow goalie ended up denying Bray victory. Best for Arklow were: Lucy McNespie, Georgia Earls, Aoife Kavanagh and Kayla Reid and Abbie Healy. Full report and pictures at: U12 Girls’ Shield Final at www.arklowgaa.com.

U12 Boys
The AGB U12 Boys Season Finale came about on Monday the 22nd of September with an incredible game of football against Avondale. Following a sluggish start to the 2014 season where victories seemed a distant ambition, the boys of the AGB U12 found their groove coming towards the last few games and produced thrilling games and fast free flowing football. At the outset of the season, with a small playing contingent, AGB were struggling and finding the going pretty tough.  But as the season end approached the hard work put into the training sessions started to pay off and the results started to change quite dramatically. All we lacked was a little luck. Cracking games against Rathnew and Avondale led the way to Ballinakill for the league decider; a head to head with Annacurra. A little luck again deserted AGB on a day when victory was within reach. That defeat meant a winner takes all last game against Avondale.  Although Avondale lifted the cup at the end, Noel, Lar, Philip, Agnes, the supporters and the club could not have been more proud of the efforts of a group of young men who gave their all for their jersey. Full report and pictures at: AGB U12 Boys Season Finale at www.arklowgaa.com.

U14 Boys
AGB U14 Boys are awaiting the date for their Semi-Final game in the B Championship. Best of luck boys!

U14 Girls
The U14B team’s season ended on the 30th September in Ballymoney, where they were well beaten by Cumann na Mara in the Shield Quarter-Final. Although there were some excellent individual performances, the team as a whole just never got going. The opposition who also won the league title were just too strong and experienced. Unfortunately it was the girl’s poorest performance this year and a shame that the season ended this way. Nevertheless, the girls performed very well this season. For a relatively new group of players, they finished 3rd in their league campaign taking the points in 4 of their 7 matches – Well done! They have a lot of potential and there are definitely some future stars for AGB in this panel. Also, some of our U12s gained some valuable experience playing in the team, which will serve them well when the make the move to U14 football next season. Special thanks to Nicole Byrne and Abbie Healy. Our goalkeeper, Lauren, wasn’t available this evening and when the girls were approached to play a half each in goal, the girls were happy to help out their team mates. Thanks also to the parents and friends who have supported the team this year.

U16 Ladies
AGB U16 Ladies took on Tinahely at home on Sunday 5th October in the Championship Semi-Final. The Arklow girls made a strong start scoring 2-2 in the opening eight minutes. Róisín O’Reilly captained the team on the day and led her team by example scoring a lovely point early in the first half. Tinahely played with increased confidence in the second half and set about tackling the deficit in a very workman like fashion. Despite creating chances at the other end Arklow were slow to register their first score of the half. The battle for possession continued for the remainder of the game with both sides working hard but failing to convert many of their scoring opportunities. Final score: AGB 2-10 Tinahely 1-5. AGB now go on to play the winners of the second semi-final between St. Pat’s and Bray. The final is scheduled for October 18th. This was a very sporting encounter with lots of hard work from the young players. Full report at: AGB U16 Ladies at www.arklowgaa.com.

Men
The Men’s team will play Avondale in the Keating Cup Semi-Final on Friday 10th October in Annacurra.

Fixtures:
For all upcoming AGB fixtures and updates please go to: Fixtures at www.arklowgaa.com.