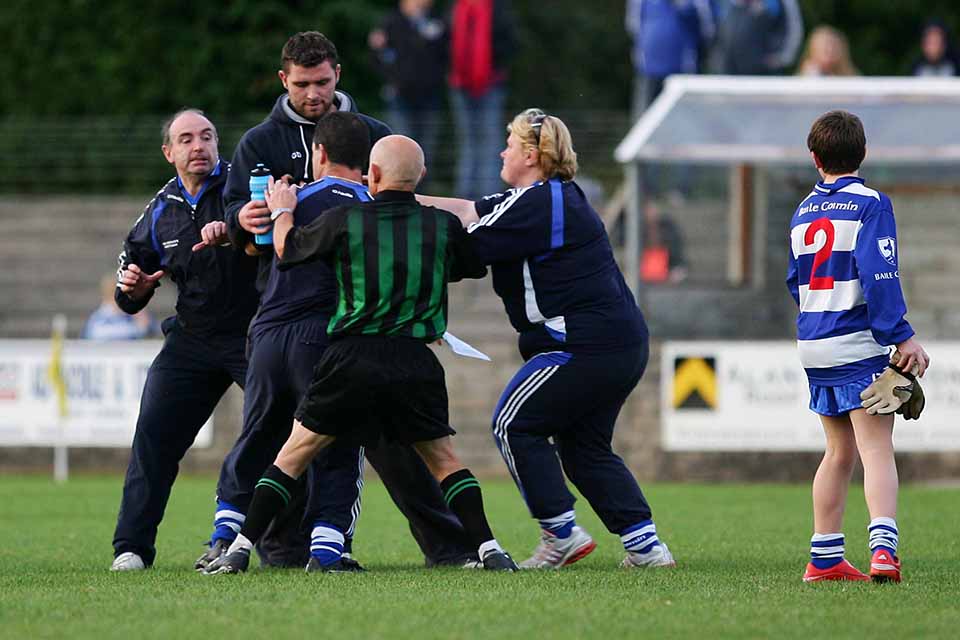 Eddie Leonard has called on the County board to hand out the strictest penalties possible when it comes to referees being abused at under age level.

In an interview in today’s Irish Independent, the Saint Pat’s man said that the local CCCC need to hand out the harshest penalties that the rule-book allows in order to deter people from abusing referees in future.

“They tend to always hand down the minimum suspension. That is no deterrent.”

“There is no point doling out the medicine with a spoon when a spade is needed.” he said.

Leonard went on to say that the only way people will learn is if the disciplinary panel start handing down harsh penalties to those responsible.

“That’s the only way people will learn.” he said.

He also went on to discuss an U-14 club final, between St. Pat’s and Baltinglass.

He said after that game he witnessed an experienced referee shaking with fear after the game due to the abuse he received.

“We had to bring him into our clubhouse for safety- he didn’t even make it to the dressing room.”

Leonard also listed other incidents he had witnessed which included a referee being grabbed by the throat after an U-14 game and another where a referee was forced to call off an U-14 hurling game because of the ‘abuse’ he received from a inter-county player who was acting as a team mentor.

Leonard also said he believed adults were living their lives through their children at under age level.

“If we don’t respect referees they will not stay in the game.”