Exciting times ahead for Bray Wanderers 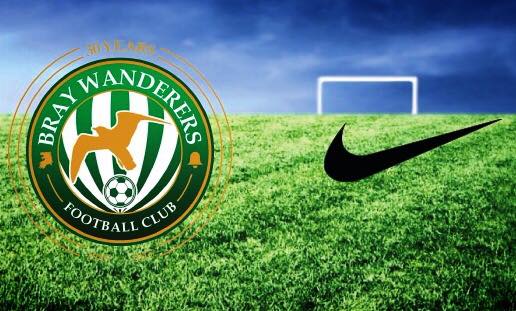 The 2015 season will be the 30th anniversary since Bray Wanderers FC was elected into the League of Ireland and it is in this landmark year that we are delighted to announce that the club is to be taken over by new owners.

McGettigan’s Group expects to purchase the majority shareholding of Bray Wanderers Football Club in the coming weeks, with the main aim of getting the club back up the league where it belongs. The McGettigan family has had The Royal Hotel in their name for the past 33 years and they are delighted to announce that the hotel will be coming on board as the main sponsor of Bray Wanderers for the 2015 season. The McGettigan family knows exactly how important Bray Wanderers Football Club is to the community, because of their long history at The Royal Hotel.

McGettigan’s Group currently owns several bars and a hotel in the UAE, including 3 pubs in Dubai and 1 in Abu Dhabi. In total, the group owns 10 hotels and 7 bars, with 2 on the way in March 2015 with the opening of bars in both New York and Singapore. There will also be a further 3 bars due to open in September 2015 – including the McGettigan’s Bar at The Royal Hotel in Bray.

Dennis McGettigan, CEO of the McGettigan Group said, “The emphasis is 100% focused on forging a relationship between The Royal Hotel with the new McGettigan’s Bar (opening in 2015 at the hotel) and the football club. We will be able to give full access of our facilities to the club. The team can now use our boardrooms for meetings, they can use our Merrill Leisure Club at the hotel for fitness training sessions, and they can use any of our hotels around Ireland to stay in for away fixtures. We are here to offer Bray Wanderers unlimited support and the goal is simple – we want to take this famous football club back up the league table and to assure supporters that this club has a very secure future for many years to come. We want to make match days a family day out by injecting fun back into the occasion, and we have a wonderful team ready to make this happen”, added Dennis McGettigan.

Bray Wanderers and McGettigan’s Brand Director, Declan Pierce said, “The aim is to make Bray Wanderers a football club that is run through community support. We are now in a position to start the sale of 2015 season tickets, which are available from the club office at the Carlisle Grounds, The Royal Hotel Bray and Costello Opticians. We have been working with representatives from local clubs; Ardmore Rovers, Phoenix Youth and the Bray Wanderers Supporters Club to prepare for the 2015 season and we are delighted to announce we will be hosting our games on Saturday evenings with a 5.45pm start – this will make it easier for both home and away fans to get to the ground, avoid Friday evening rush hour traffic, and make the games more family-friendly. Finally, we have redesigned the club’s crest with the help of a selection of fans; this change will honour the club’s history and this historic 30th year in the League of Ireland. We have signed a deal with Nike, who will now become the official supplier of the team kits and replica kits for fans. We will have new online sales facilities up and running shortly for fans to purchase the Bray Wanderers kits”.

Bray Wanderers Director of Football, Alan Matthews commented, “We are trying to make a positive change to the match-day experience at the Carlisle Grounds and playing on Saturday evening will give the club this opportunity”.

Speaking about the change within Bray Wanderers, Chairman Denis O’Connor said, “In the coming season, we see the football club being run by a Board of Management on a voluntary basis. At the end of the day this journey will not be possible without the support of the community of Bray or indeed the loyal supporters of our football team. We are extremely excited about welcoming the full crew from the McGettigan’s Group to Bray Wanderers. There is a massive sense of positivity around the Carlisle Grounds again about the future of this proud club”.

One thing is for sure – Bray Wanderers is now in very good hands. The financial and infrastructural support offered by The Royal Hotel and the McGettigan’s Group means that Bray Wanderers future is very bright. The Seagulls have grown new and very strong wings!