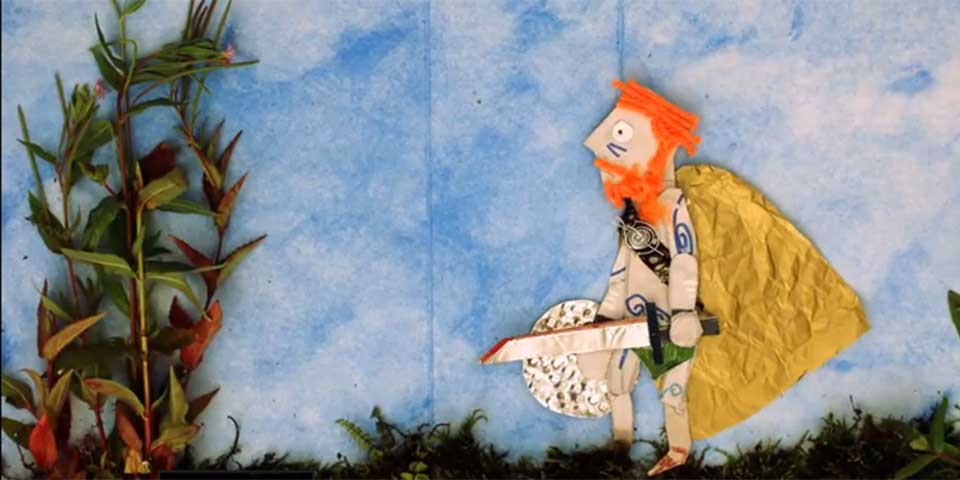 This is Bog Standards fourth festival award having previously won Best Animation at The Blackrock Animation Film Festival, the prestigious Brownbag Animation Award at the Fresh Film Festival and recently picking up an award at the ‘Up To 21’ film festival in Poland. The creators of the short animation, Aoife Duffy, Dylan Cuffe, Ardan Cunningham, Conor Ryan and Joshua Hanrahan, all from the Tinahely area, were commended on both, the short film’s important environmental message, and the animation techniques used in the production. One film festival in Croatia remarked that, ‘the film deals with environmental concerns of today’s society by providing a look at the waste we leave behind everyday without thinking about it – and encourages us to think twice about it’.

Bog Standard tells the story of business man Shady Tony and his unfortunate awaking of an angry ancient bog body when Shady and his crew are breaking ground on a new landfill site. Unhappy with the intrusion on his ancient slumber, Bog Man takes matters into his own hands and wreaks havoc and revenge.

The short film was created during a two week environmental/animation training programme which was based in the Tinahely Courthouse Arts Centre, where participants developed and created animations based on environmental themes related to the Pure Project, – illegal dumping, litter, fly-tipping, recycling, pollution, climate change, etc. During the two week training programme students created their own storylines and characters under the guidance of experienced and professional animators and tutors. Not only does the short film Bog Standard focus on important environmental issues, the characters and landscapes that feature in the animation were all created from recycled materials, from plasticine, cardboard, plastic, tinfoil, fabric, old sandpaper, bin bags and lots of other recycled material.

Commenting on the success of the film, Ian Davis of PURE stated;
‘The PURE Environmental Animations have been a great success with 7 festival awards this year alone and numerous national and international nominations. Both the students and the facilitators involved in the production of Bog Standard did an amazing job creating a very humorous and clever short animation with a very important environmental message’.