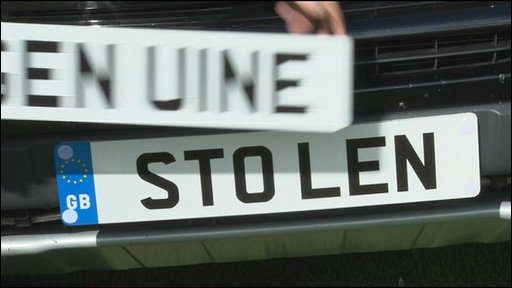 224
SHARES
ShareTweetSubscribe to our Newsletter

An Arklow resident was left furious after a car he purchased on Done Deal turned out to be stolen despite the fact that it seemed to be genuine.

Jason Murnane, who is originally from Dublin, purchased the car privately on the site but he got a nasty shock yesterday when Gardai called to his door and confiscated the car because it was stolen.

In the pictures, the registration plates were not clear so he rang up the seller to get the registration number. “I got the reg number and checked it out on hpifirst.ie, everything checked out fine there.”

The next stop for Jason was to go and view the car. Along with his friend, he went to a private housing estate in Clonee.  He was met by a women who gave them the keys to the car.

“I did all the usual checks, I looked at the engine and it looked like a good car. All the documentation seemed in order and the NCT cert seemed legit as well. I then rang her boyfriend and haggled a price.”

“I have bought off Done Deal before and usually I would look to go into the house but because the woman was on her own and said she had two children in the house I thought she might be intimidated by two men so I signed the log book outside.”

That was that as far as Jason was concerned. He thought he had purchased a good car but Yesterday Gardai called to his door informing him that the car was stolen and the documentations were fake.

“I couldn’t believe it, they told me that the NCT cert was a forgery. All the hallmarks on it were genuine but the serial number on it was fake. I was stunned to be honest. My girlfriend was crying all day over it. It’s not like I have loads of money and scraped up the money to buy the car.”

It turned out that Jason had been scammed by a ring in Ireland and Gardai told him that he was the third person in Arklow to be caught out like this in recent months.

“I just want to make people aware that this sort of thing happens. I am still gob smacked to be honest and I just want people to know what has happened so it doesn’t happen to them.”

This is not the first time that people have been caught out buying cars on-line. Last year there were a number of cases where people were duped after a number of cars were purchased by criminals using fraudulent bank drafts.

At the time, Gardai issued an appeal to the public warning them to be vigilant when it came to purchasing cars privately.